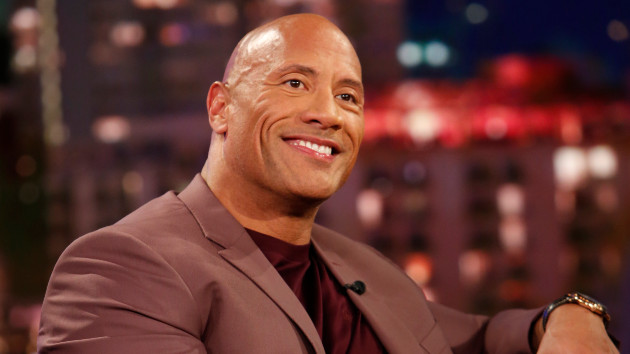 (LOS ANGELES) — In an Instagram video posted Sunday, Dwayne “The Rock” Johnson reflected on his father’s sudden death last week and thanked fans for their support.

His father, former wrestler Rocky Johnson, passed away Wednesday at the age of 75.

“As you know, I lost my old man a few days ago. I lost him just like that, didn’t get a chance to say goodbye to him,” Johnson says in the video.

He adds, “I would give anything right now to give him a big ole hug and a big ole kiss before he crossed over and just say thank you and I love you and I respect you. I didn’t get a chance to say that, but such is life as many of you know.”

Johnson went on to reveal his father’s cause of death, saying it happened “very quickly.”

“He had not been feeling well. He’d been battling a cold and infection and on Tuesday he had what’s called a deep vein thrombosis, which is essentially a blood clot in the leg,” Johnson explained. “It was a big ole blood clot that broke free, traveled up his body, and went right to his lung, clotted his lung and he died very quickly from a massive heart attack.”

He added, “That did give me great comfort because it wasn’t prolonged.”

Johnson revealed in another post Monday that he’s writing his father’s eulogy. “Written a lot of things over the years, but nothing prepared me for this one,” he wrote.

Nearly a dozen ex-military members among those arrested in connection with Capitol riot
Bets on, bets off: Online gambling site already taking wagers on ‘Cobra Kai’ season 4
Liam Neeson reveals his plans to retire from action films
‘Cobra Kai’ star Martin Kove had to be “persuaded” to join the ‘Karate Kid’ reboot
Shawn Johnson pregnant with baby No. 2 with husband Andrew East
PepsiCo announces plan to reduce emissions more than 40% by 2030