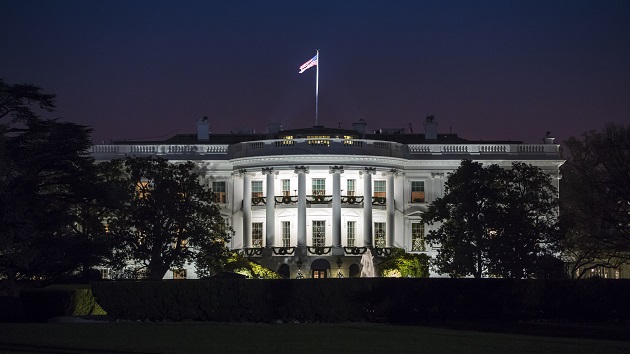 (NEW YORK) — Twitter adversaries President Donald Trump and teen climate change activist Greta Thunberg may come face-to-face at the annual World Economic Forum meeting this week, and all eyes are on their potential showdown at Davos.Trump, 73, is slated to give a special address at the conference of world and business leaders at 11 a.m. local time on Tuesday. Thunberg, 17, will speak shortly after.While Thunberg has become a symbol of the youth-led movement, calling for urgent action on climate change, the Trump administration has taken steps to show it does not consider it a priority, including withdrawing the U.S. from the Paris Climate Agreement. Trump has previously called climate change a hoax.The last time the two were in the same room, at the United Nations Climate Action Summit in September, a photo emerged on social media showing them crossing paths. It quickly went viral.”I think both voices are necessary,” he said. “The environment will play a particularly important role during this meeting.”Thunberg made headlines late last month when she said she “wouldn’t have wasted my time” speaking to Trump about climate change.”I don’t think I would have said anything because he’s obviously not listening to scientists and experts, why would he listen to me?” she told the BBC’s Today radio program. “I probably wouldn’t have said anything, wouldn’t have wasted my time.”The teen added that she thinks Trump may see the growing climate movement among young people as a “threat.”While it is unclear what Trump will say during his special address at Davos Tuesday, Thunberg will speak on a panel about “Averting a Climate Apocalypse.”She wrote in an op-ed for The Guardian last week, saying she is going to Davos to call on leaders to divest from fossil fuels.“We demand that at this year’s forum, participants from all companies, banks, institutions and governments immediately halt all investments in fossil fuel exploration and extraction, immediately end all fossil fuel subsidies and immediately and completely divest from fossil fuels,” she wrote.The president has frequently attacked the teen climate activist on social media, tweeting that it is “so ridiculous” that Thunberg was selected as Time magazine’s 2019 person of the year and telling her to “chill.””Greta must work on her Anger Management problem, then go to a good old fashioned movie with a friend!” the president wrote. “Chill Greta, Chill!”Thunberg seemed to take it in stride. Shortly after, Thunberg changed her Twitter bio to read: “A teenager working on her anger management problem. Currently chilling and watching a good old fashioned movie with a friend.” Copyright © 2020, ABC Audio. All rights reserved.