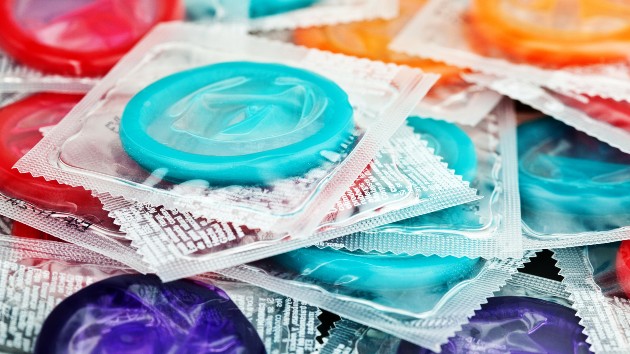 (SALT LAKE CITY) — An HIV campaign in Utah was suspended over raunchy condom packaging it featured, according to the state’s health department. Condom wrappers had taglines that Gov. Gary Herbert deemed inappropriate, prompting him to urge the Department of Health to stop distributing them, spokeswoman Jenny Johnson, of the health department, told ABC News on Friday. The taglines included quips such as “Explore Utah’s caves,” “This is the place” and “Enjoy your mountin.'”Herbert’s office said in a statement to ABC News the Republican governor understands the importance of a campaign aimed at educating the public on HIV awareness.”He does not, however, approve the use of sexual innuendo as part of a taxpayer-funded campaign, and our office has asked the department to rework the campaign’s branding,” the statement read. Johnson told ABC News that the campaign is currently on hold while organizers examine all of the featured branding. The condoms were sent out to local partners, who would then give them out to individuals at a high-risk for HIV, according to Johnson.She and her team are now scrambling to get some 42,000 condoms back. They will not take the condoms from individuals who were already given them, but are taking them back from the local partners.She said the HIV campaign itself is much bigger than just the condoms and was an effort to help high-risk individuals and better educate the public. Johnson said she hopes by next week all of the campaign assets will have been reviewed and the campaign can proceed shortly after that.Copyright © 2020, ABC Audio. All rights reserved.