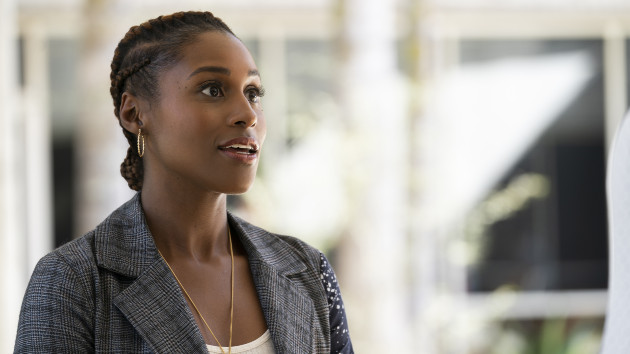 (LOS ANGELES) — The wait finally over. Issa Rae’s infamous “Mirror b****” has returned to help usher in the upcoming season of Insecure.

In the newly released teaser, Rae raps in the mirror as she checks out her reflection in a series of new outfits. After hyping her various looks, she bends over to pose, but unfortunately rips her skirt.

“What you been eating,” Rae says to herself in the mirror.  “A** getting fat,” she responds.

As previously reported, HBO announced in April 2019 that the season four debut of Rae’s hit series would be pushed back until 2020. The deal was due to Rae’s hectic work schedule that included the film comedy Little, with Marsai Martin, the romantic drama  The Photograph, and the upcoming comedy The Lovebirds.