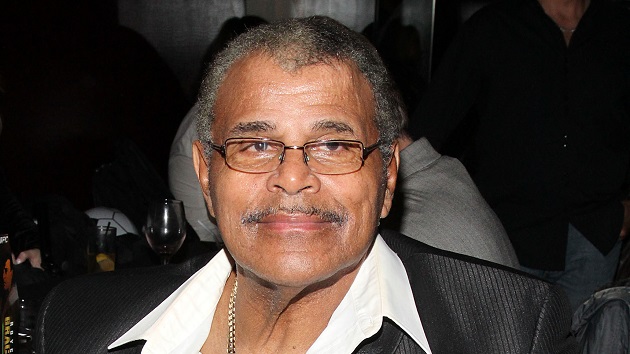 (STAMFORD, Connecticut) — Rocky “Soul Man” Johnson, the 2008 inductee into WWE Hall and father of Dwayne Johnson, has died.  He was 75.

Johnson’s wrestling career began in the 60s when he joined the National Wrestling Alliance, but got his big break in 1983 when he officially joined the WWE.

The company further paid tribute to Johnson’s career by nodding to his memorable rivalries with wrestlers Greg “The Hunter” Valentine, Don Muraco, and Adrian Adonis.

Calling him “physically imposing and wildly charismatic,” the WWE honored Johnson’s greatest success, when he formed The Soul Patrol with Tony Atlas and became “the first African-American World Tag Team Champions in WWE history” by defeating The Wild Samoans in December 1983.

Johnson, upon retiring in 1991, furthered his wrestling legacy by training his son Dwayne Johnson, who adopted the moniker “The Rock” and went on to become one of the franchise’s most popular wrestlers.

Rocky Johnson’s lasting impact on the sport led him to being inducted in to the WWE Hall of Fame in 2008 “where he will be forever enshrined as one of sports-entertainment’s most influential performers.”

Dwayne Johnson has yet to publicly comment on his father’s passing.

The actor recently honored his father by buying him a new home in March 2019.  The actor openly spoke about their conversation about buying a new home in a sentimental video, where he also opened up about what it was like being raised by “a weathered soul.”

Traveling over the holidays? Experts say take advantage of vouchers and lack of change fees
Police investigate ‘suspicious’ death of mother and child at Padres stadium in San Diego
‘Moulin Rouge! The Musical’ ﻿and ﻿’A Christmas Carol’ ﻿win big at 74th annual Tony Awards
‘Shang-Chi and the Legend of the Ten Rings’ dominates box office for fourth straight week
What is Title 42? Amid backlash, Biden administration defends use of Trump-era order to expel migrants
Female US service member allegedly assaulted by male Afghan refugees at Fort Bliss