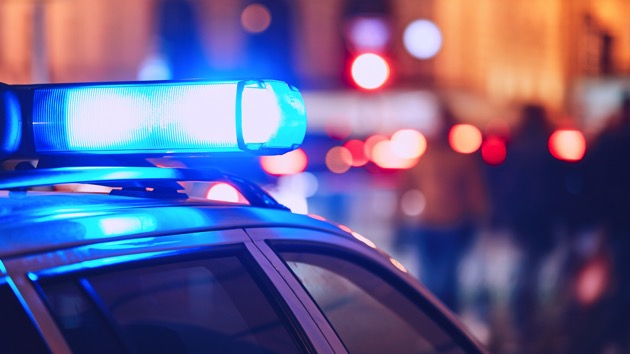 (COLORADO SPRINGS, Colo.) — A man was arrested after allegedly stabbing eight people in and around downtown Colorado Springs early Monday morning, police said.Officers were dispatched to the area of 8th Street and Limit Street for a reported stabbing around 1:30 a.m. local time. They found two victims with injuries there and then found several more nearby in the America the Beautiful Park, according to the Colorado Springs Police Department.The officers spread out across the city to search for the suspect, who was reported to have fled to the area of Tejon Street and Boulder Street where he had allegedly stabbed several more people. Upon arriving there a short time later, the officers found the suspect who was being held down by some of his victims. The man, whose name has not yet been released, was subsequently taken into custody, according to police.Eight victims were taken to local hospitals with stab wounds. police said. Their conditions were unknown.The attacks appeared to be random, and there was no known relationship between the suspect and the victims, police said.The incident remains under investigation. Copyright © 2020, ABC Audio. All rights reserved.