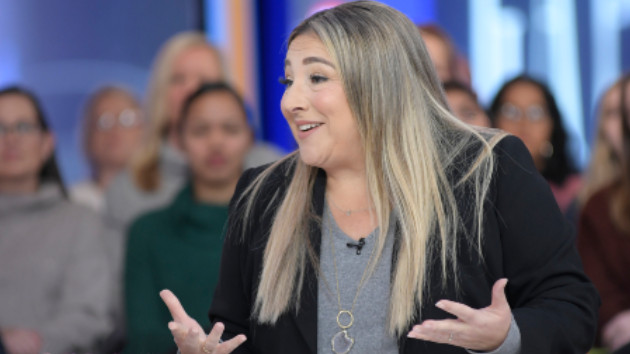 (NEW YORK) — It’s been eight years since Jo Frost — aka Supernanny — helped families deal with their unruly kids — but she’s back on ABC tonight with a whole new series.

As Frost tells ABC Audio, one of the biggest challenges families now, which wasn’t a factor the last time Supernanny aired, is the prevalence of digital devices.

“We’re seeing families really try and navigate that space where we can embrace technology on every level…But at the same time, the challenges I’ve been dealing with is where it’s become a war between the parent and the child,” she says. “So that’s been rather interesting this season.”

Frost says many families face the same problems on Supernanny.

“Helping one family is helping millions around the world,” she notes. “However, you have to take into consideration the family dynamic and the issues that they’re presented with and then tweak and tailor to that specific family for their needs. But you certainly will address issues like behavior, fussy eating. We all could do with more sleep!”

Ultimately, Frost advises, “Be present, prioritize what’s important to your family and then follow through. I have an old mantra: ‘Mean what you say, say what you mean, but don’t say it mean,’ you know? And if we can…follow through — even with just one thing…then we’ll be doing a good job.”

At its height, Supernanny was so part of pop culture that it scored a shoutout in 2010’s Iron Man 2, when Clark Gregg’s Agent Coulson reveals he’s a fan.  Frost says her husband, who she describes as a “ComicCon freak,” was the one who informed her of the mention — she admits, “I haven’t quite seen it.”

Between the economy and coronavirus pandemic, Biden keeps his advantage nationally: POLL
Most say wait on Ginsburg seat, while opposing packing the court: Poll
Black flight attendant and white airline CEO reunite after emotional talk on race
Astronaut Terry Virts on managing isolation in space and during a pandemic
‘Riverdale’s KJ Apa shows the reality of makeout scenes on set amid COVID-19
Barr briefed Trump on investigation into discarded Pennsylvania ballots