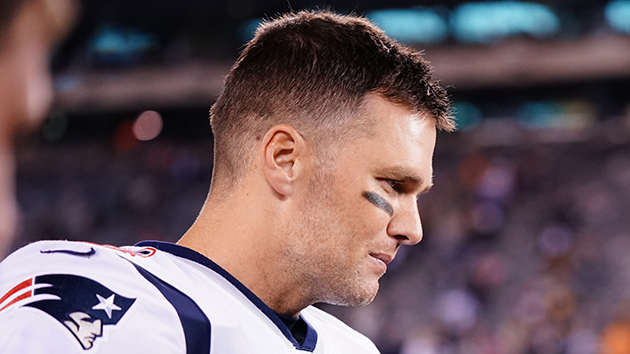 (NEW YORK) — As New England Patriots quarterback Tom Brady begins to plan out his plans for the future, he posted to Instagram on Wednesday indicating he might want to return to the field for the 2020 season.”In both life and football, failure is inevitable,” Brady wrote. “You don’t always win. You can, however, learn from that failure, pick yourself up with great enthusiasm, and place yourself in the arena again. And that’s right where you will find me. Because I know I still have more to prove.”The 42-year-old Brady will become a free agent for the first time in his career this March. ESPN notes that the Patriots can not assign Brady the franchise tag, giving the quarterback more leverage to dictate his plans.”II wish every season ended with a win, but that’s not the nature of sports (or life),” Brady continued. “Nobody plays to lose. But the reward for working hard is just that, the work!!””I have been blessed to find a career I love, teammates who go to battle with me, an organization that believes in me, and fans who have been behind us every step of the way.”After New England’s first-round playoff loss to the Tennessee Titans on Sunday, Brady had told reporters that it was “probably unlikely” that he would retire. His latest social media post expands on that, insisting that he wants to learn from failure, and, he says “I still have more to prove.”Patriots owner Robert Kraft told NBC Sports this week that he strongly hopes Brady either returns to the only team he’s every played for, or retires. Meanwhile, head coach Bill Belichick told reporters on Sunday that the organization would take the time to determine how they view the future of all of their free agents, Brady included. Belichick additionally referred to Brady as an “iconic figure in this organization.”It’s unclear what contract demands Brady would make, should he choose to return. He earned $23 million in 2019, less than 12 other quarterbacksThere has been some speculation that Brady could look to sign with the Tennessee Titans to be reunited with their head coach, and his former Patriots teammate Mike Vrabel. Some have also wondered whether Brady would return to his California roots and sign with the Los Angeles Chargers.  Copyright © 2020, ABC Audio. All rights reserved.