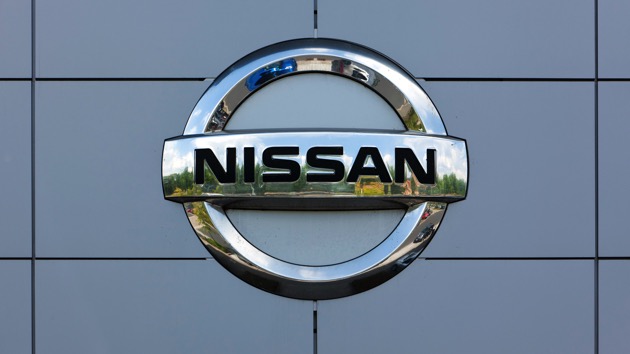 (BEIRUT) — Carlos Ghosn came out swinging against “vindictive individuals at Nissan” and Tokyo prosecutors as he broke his silence for the first time Wednesday since his dramatic escape from Japan to Lebanon.”For the first time since this nightmare began I can defend myself, speak freely and answer your questions,” Ghosn, the former chairman of Nissan and Renault who faces charges of financial misconduct in Japan, told reporters in Beirut.Still, he said he maintained he won’t divulge any details about how he escaped, a topic that has been the subject of an international firestorm for the past week. The Wall Street Journal reported he hid in a box used for audio equipment to sneak out of Japan.“I am not here to talk about how I managed to leave Japan although I can understand that you are interested in that,” he said. “I am here to talk about why I left.”Ghosn had been under 24-hour surveillance at his Tokyo home awaiting trial for his charges of financial misconduct. He somehow managed to slip out of the country undetected on a private jet, arriving in his homeland of Lebanon on Dec. 30.”I am not here to victimize myself, I am here to shed light on a system that violates the most basic principles of humanity,” Ghosn said. “I am here to clear my name.”He then placed the blame for his arrest mostly on Nissan while maintaining his own innocence, blasting how he was immediately “presumed guilty.”Ghosn said when he was first arrested on Nov. 19, 2018, he was “surprised.””I didn’t suspect anything, and I didn’t suspect anything because I was not anymore the CEO of the company, I was the chairman and now I delegate, I delegate,” he said.”Thanks to the systemic leaking of false information and distorted information and the intentional withholding of exculpatory information by the prosecutor and by Nissan, I was presumed guilty before the eyes of the world and subject to a system whose only objective is to coerce confession, secure guilty pleas without regard to the truth,” Ghosn said.He said he has learned his “unimaginable ordeal” is the result of a “handful of unscrupulous, vindictive individuals at Nissan,” who had the support of the Tokyo prosecutors.In a lengthy statement issued Tuesday, ahead of Ghosn’s news conference, Nissan called its former chairman’s escape from Japan “extremely regrettable.”The company “discovered numerous acts of misconduct by Ghosn through a robust, thorough internal investigation,” it added.”Ghosn’s flight will not affect Nissan’s basic policy of holding him responsible for the serious misconduct uncovered by the internal investigation,” Nissan said. “The company will continue to take appropriate legal action to hold Ghosn accountable for the harm that his misconduct has caused to Nissan.”Ghosn also said he was interrogated for up to eight hours a day by Tokyo prosecutors and “ripped” from his family and friends. Tokyo prosecutors issued an arrest warrant for his wife on Tuesday.Rights activists argue the nation’s judicial system does not presume innocence enough, and winning an acquittal often requires a years-long appeals process.Japan’s justice minister, Masako Mori, defended the process at a news conference Monday, saying “simple comparisons are misleading” and arrests are rarer in Japan than other countries.But according to Ghosn: “There is no democratic country I know where you go to jail for these kinds of accusations, even if they were right.” Copyright © 2020, ABC Audio. All rights reserved.

Illinois Facebook users tagged in photos can now submit claims as part of $650 million settlement
Alec Baldwin hints that he is done trying for another daughter; ‘Match Game’ returns tonight
McConnell pushes back at Trump’s refusal to commit to peaceful transfer of power if he loses
Bipartisan accusations fly over SCOTUS confirmation debate after death of Ruth Bader Ginsberg
Amy Schumer rejoices as son Gene says “mom” for the first time
Airlines under scrutiny over mask policies as parents with toddlers get kicked off flights