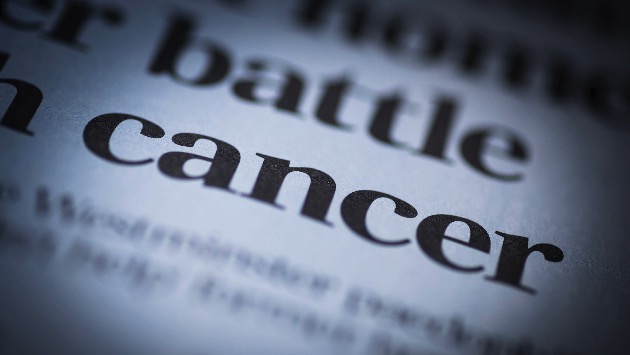 (NEW YORK) — Deaths from cancer have gradually decreased over the last 26 years, with the largest single-year drop ever recorded in the last decade.The death rate in the U.S. declined by 29 percent from 1991 to 2017, according to the annual statistics from the American Cancer Society, which the health organization said was “due to long-term drops in death rates in the 4 most common cancer types: lung, colorectal, breast, and prostate.”

The record drop of 2.2 percent from 2016 to 2017 was driven by the decline in overall deaths from lung cancer.The ACS said this steady drop “translates into an estimated 2.9 million fewer cancer deaths” compared to if the rate at its peak in 1991 had persisted.”Deaths fell from about 3 percent per year from 2008 to 2013 to 5 percent from 2013 to 2017 in men and from 2 percent to almost 4 percent in women,” the statistics showed. “However, lung cancer is still the leading cause of cancer death.”Progress in reducing lung cancer deaths has improved due to declines in smoking and advances in early detection and treatment. However, progress in reducing colorectal, breast, and prostate cancers has slowed.The amount of people who die from lung cancer dropped the most rapidly of all cancers to 51 percent fewer now than in the 1990s. The rapid drop began in 2008 and the ACS predicts that number to drop further.”Lung cancer death rates declined by 51 percent from 1990 to 2017 among men and 26 percent from 2002 to 2017 among women,” according to the ACS.Researchers suggested that the decline is relative to an increase in people who have quit smoking along with advances in Immunotherapy.Liver and breast cancer are forecast to rise in 2020, which the ACS thought to be due to the rise in obesity rates in the U.S.The American Society of Clinical Oncology celebrated the news on Twitter and referenced its data driven cancer progress timeline that shows a historical overview and major advances in cancer treatment and research.

Fantastic news ‼️ Check out our Cancer Progress Timeline ⬇️that details many of the most important #cancer advances that have contributed to a 26-year decline in cancer mortality https://t.co/2Ygl5zDnRO https://t.co/gyOTwA1WVD

The numbers reported in “Cancer Statistics, 2020,” published by the American Cancer Society’s peer-reviewed journal CA: A Cancer Journal for Clinicians, was based on past data and trends that show an overall decrease in deaths related to cancer.The estimated forecasts of future cancer trends are based on a mathematical calculation that the researchers used that only included data from 2016 onward. Copyright © 2020, ABC Audio. All rights reserved.