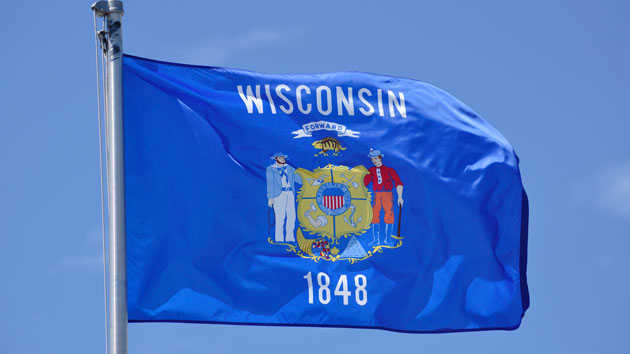 (MADISON, Wisc.) — Lawmakers in Wisconsin are reviving a proposal from a 2013 bill in hopes of making English the official language of the state.Sens. André Jacque, Steve Nass and Dave Craig, all of whom are Republicans, reintroduced the bill on Monday.The legislation would additionally require all written statements by state and local government in Wisconsin to be in English unless otherwise specified by law, or if another language is appropriate to the circumstances of an individual case, according to a copy of the preliminary draft of the bill obtained by ABC News.Such cases could include protecting the health and safety of a citizen, protecting the rights of a criminal defendant or crime victim, or promoting tourism, according to the draft.Jacque told ABC News that his hope for the bill is to create more opportunities for all U.S. residents.”When you do gain English proficiency, a greater world of opportunities open to you,” he said in a telephone interview on Tuesday. “I think it helps put people in a place of greater economic self-sufficiency,” he added.The proposal has support from both Republicans and Democrats, according to Jacque. He is hopeful that it will be referred to a standing committee sometime this month.The memo cites a Rasmussen Reports poll of 1,000 American adults that showed 77% supporting English as the official language.At least 27 other states have passed official language laws, according to the online archival site of the U.S. Constitution.Critics of the bill are calling it discriminatory.”I feel like no one is asking for this,” Christine Neumann-Ortiz, executive director of Voces de la Frontera Action, told ABC Milwaukee affiliate WISN. “It’s not going anywhere, and the only purpose it serves is to provide discrimination against a group of people. And it’s disgusting in my opinion.”There is no official language in the U.S. The majority of Americans, about 79%, speak only English at home, according to the U.S. Census’s most recent data in 2017.The census also showed that the number of U.S. residents speaking a foreign language at home reached a record of nearly 67 million and nearly half of the residents in the country’s five largest cities speak a language other than English at home.Copyright © 2020, ABC Audio. All rights reserved.

Jennifer Aniston almost gave up on acting before being cast on ‘The Morning Show’
Chaos of first presidential debate prompts reactions of dismay, disappointment
Coronavirus news: Kentucky on pace for record week of coronavirus cases
Limo company’s disregard for safety led to crash that killed 20: NTSB
Meghan Markle shares they key to speaking out on important issues, “It’s about being authentic”
Guitar sales soar due to COVID-19 pandemic: “It was just stupid!”