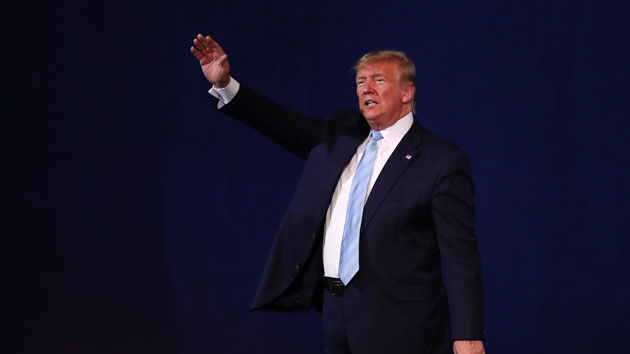 (WASHINGTON) — President Donald Trump on Tuesday wavered on his threat to strike Iranian cultural sites, which could be a war crime, amid elevated tensions with Iran.Asked about his weekend warnings to Iran that the United States was considering hitting Iranian cultural sites if Iran retaliated for a U.S. airstrike that killed Gen. Qassem Soleimani, the leader of Iran’s elite Quds Force, Trump acknowledged that international conventions prohibited targeting cultural sites. But he made clear he did not agree with that concept.”They’re allowed to kill our people, they’re allowed to maim our people, they’re allowed to blow up everything that we have and there’s nothing that stops them,” Trump told reporters at the White House. “And we are, according to various laws, I suppose, to be very careful with their cultural heritage. And you know what? If that’s what the law is, I like to obey the law. But think of it. They kill our people, they blow up our people, that we have to be very gentle with their cultural institutions. But I’m OK with it. It’s OK with me.””I will say this: If Iran does anything that they shouldn’t be doing, they’re going to be suffering the consequences and very strongly,” he added, speaking in the Oval Office before a meeting with Greek Prime Minister Kyriakos Mitsotakis.Trump tweeted on Saturday that if Iran were to respond to Suleimani’s death by attacking American assets, the United States had “targeted 52 Iranian sites… some at a very high level & important to Iran & the Iranian culture, and those targets, and Iran itself, WILL BE HIT VERY FAST AND VERY HARD.”Copyright © 2020, ABC Audio. All rights reserved.