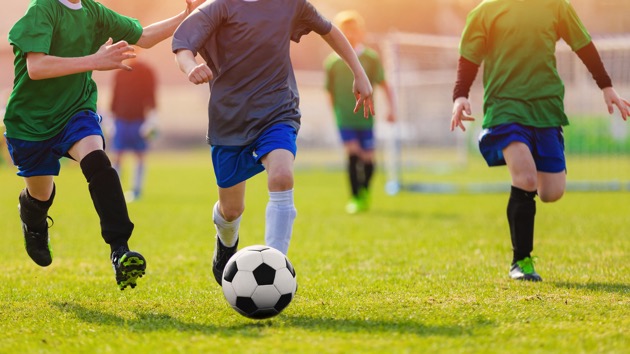 (NASHVILLE) — The new year is underway and lawmakers have started to make a push for new legislation, but one bill already has a flag on the play.A controversial bill in Tennessee that would seek to stop transgender athletes from playing on a team that matches their gender identity has drawn some sharp criticism in the LGBTQ+ and sports communities.Tennessee House Bill 1572, if passed, would require public elementary and secondary schools to “ensure that student athletes participate in school-sanctioned sports based on the student’s biological sex as indicated on certificate issued at time of birth.”The bill, which was introduced on Dec. 9, 2019, by Republican Rep. Bruce Griffey, would also establish a civil penalty of up to $10,000 as a consequence for any official who intentionally chooses not to comply.To date, the freshman state representative for Paris, Tenn., has yet to get a law passed.The move has garnered an array of responses online, including from professional athlete and Olympian Chris Mosier, who identifies as transgender and founded thetransathlete.com.The hall of fame triathlete took to Twitter to call out the proposed bill.

Republican lawmaker Bruce Griffey in Tennessee has introduced TN HB 1572, a bill that would prevent trans athletes in schools from playing on teams that match their gender identity.Schools could be fined $10,000 for allowing trans students to play as the correct gender.

Additionally, others on Twitter have sounded off calling the action “transphobic” and “insulting.”In a statement to the Tennessee Star, Griffey said, “We are seeing more and more transgender athletes competing and posting victories in traditionally gendered sports competitions, and doing so to the detriment of girls and women biologically born female. Boys and men, due to testosterone levels, bigger bone structure, greater lung capacity, and larger heart size, have physical advantages in sports relative to girls and women.”The International Olympic Committee guidelines from 2015 allows athletes who transition from male to female to compete in the women’s category without surgery.The IOC has been working towards a stricter standard for transgender athletes ahead of the Tokyo 2020 Olympic Games, but has been halted due to disagreements with scientists involved.The Tennessee legislator will reconvene on Jan. 14.Copyright © 2020, ABC Audio. All rights reserved.