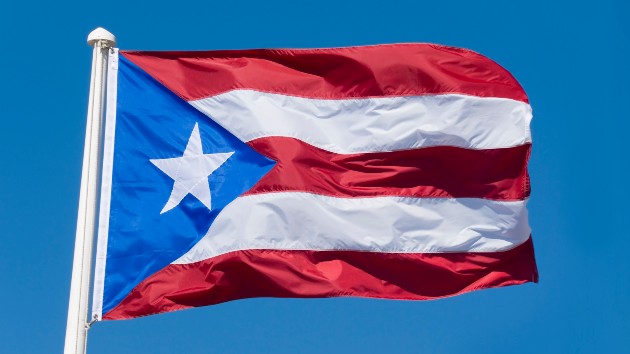 (SAN JUAN, Puerto Rico) — A magnitude 6.4 earthquake struck Puerto Rico in the early hours of Tuesday, according to the U.S. Geological Survey. The quake hit close to the town of Tallaboa on the island’s south coast, at 4:24 a.m. local time (3:24 a.m. EST) at a depth of 10 kilometers, USGS said. The earthquake’s magnitude was initially reported as 6.6, but was revised down. The Electric Power Authority reported an island-wide power outage, saying on Twitter that power plants had activated their protection mechanisms and gone out of service. Authorities said that damage had been reported at the Costa Sur power station, and they were evaluating the power infrastructure, and urged residents to remain calm. The Electric Power Authority said that it hoped it would be able to bring the power back on-line later Tuesday.Videos posted on social media showed damage to buildings, including a church in the town of Guayanilla with a steeple that had collapsed.Puerto Rico Gov. Wanda Vázquez Garced announced on Twitter that public sector institutions would be closed for the day, so that workers “can be with their families, implementing their emergency plans.” In addition to the magnitude 6.5 quake, at least seven other earthquakes were recorded by the USGS as striking Puerto Rico in the early hours of Tuesday. There is currently no tsunami warning in effect, according to the National Tsunami Warning Center. The quake comes one day after a 5.8 quake hit the U.S. territory’s southern region, which has seen a string of quakes in recent days.

As US hits 200,000 COVID-19 deaths, experts warn of growing mental health crisis
Mom warns other parents after son eats hand sanitizer packaged in “Trolls” pouch
Sharon Osbourne stresses children can get COVID-19 after youngest grandchild tests positive for virus
After CDC whiplash, here’s what science says about airborne transmission of the coronavirus
John Oliver says fifth Emmy win is nice, but being named after a sewage plant is way better
Biden implores Senate GOP to wait on Ginsburg vacancy until after election