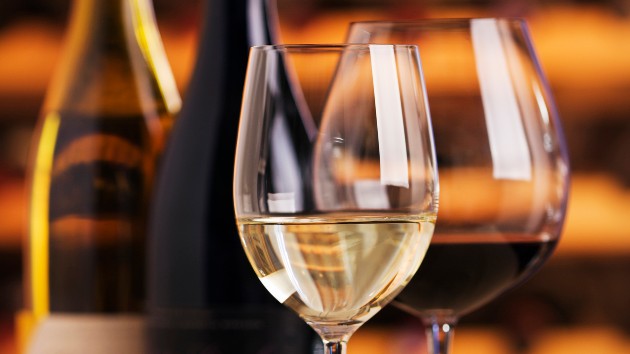 (NEW YORK) — When the ball dropped at midnight and we began 2020, some people took their last sip of alcohol for the next 31 days in a New Year’s challenge known as “Dry January.”The challenge, as the name implies, is to go dry in January — i.e. having no alcohol for the entire month. The Dry January campaign was started in 2013 in England and is now becoming more and more popular in the U.S.Searching the hashtag #DryJanuary brings up more than 200,000 posts on Instagram alone.”I think one reason that going dry might be becoming trendy here in the U.S. is because people may be realizing that they’re taking in a lot of empty calories in the form of alcohol,” said Dr. Jennifer Ashton, a practicing OBGYN and ABC News’ chief medical correspondent. “Alcohol consumption is a generally accepted part of our society and culture but a lot of people are either overtly overdoing it and overindulging or they’re teetering on the line,” she said. “That might not be segueing into a real alcohol problem but it might still be impacting on their health in other ways.” Ashton, author of The Self-Care Solution: A Year of Becoming Happier, Healthier and Fitter – One Month at a Time, practiced Dry January last year and plans to do it again next month too.She notes the challenge is not “an exercise in abstinence or sobriety” and is not for people “who may have a serious problem with alcohol use, abuse or dependence.”Dry January is, according to Ashton, a “personal and individual wellness challenge” that may lead to some surprising benefits and findings, well beyond the more well-known physical benefits like possibly losing weight.Here are four unexpected outcomes of Dry January, according to Ashton:1. More money in your bank account:

“You’ll definitely save money,” said Ashton. “How much depends obviously on how much you were drinking before, but if you haven’t noticed cocktails and wine out at bars and restaurants can definitely add up so you can save some money by going dry for a month.” 2. A wake-up call on servings:

For women, a moderate alcohol intake per week is defined as seven servings of alcohol or less. For men, it is 14 servings of alcohol or less per week, according to Ashton. One serving of alcohol is defined as five ounces for wine and just one-and-a-half ounces for hard alcohol, far less than what is typically served in bars, restaurants and people’s homes. Ashton recommends starting Dry January by doing a reality check with an experiment in your own kitchen. Fill a measuring cup with five ounces of water and then pour the water into a wine glass so you can visualize a five-ounce serving. Do the same for the hard liquor serving size of one-and-a-half ounces. “Actually [look] at the volume you’re consuming and how that may or may not differ from the reality,” said Ashton. “You could actually be getting double the amount that you think you’re drinking.” 3. Deeper connections with friends and family:

“A lot of people will notice they’re more socially attuned and connected, more plugged into the environment that they’re in, rather than automatically and mindlessly kind of starting to drink when [they]’re in a social situation or environment,” said Ashton. “An example for that would be you meet a friend for a drink and you really find that you’re more focused and concentrated on what he or she is telling you and talking to you about than you might be if you were consuming alcohol.” 4. A support network helps:

Ashton described her five weeks without alcohol at the start of 2019 as surprisingly easy. “Part of that, I’m convinced, is I literally announced to everyone that I was doing a dry month,” she said. “Once you announce that I think it really holds you accountable.” Ashton suggests finding a friend, family member or even a stranger online to either complete the Dry January challenge with you or to hold you accountable and cheer you on as you do it yourself. 5. A fun challenge may turn into something more:

“If you do find [Dry January] really difficult, then do not hesitate to seek professional evaluation for a possible alcohol use, abuse or dependence problem,” Ashton said. “Sometimes that’s the blessing in disguise, that you may start on this dry month as kind of fun thing and uncover a more significant medical and behavioral issue.” Copyright © 2020, ABC Audio. All rights reserved.