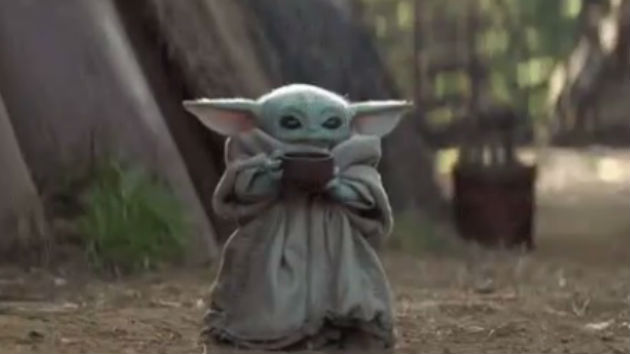 (LOS ANGELES) — The cuddly, Force-wielding, frog-gulping meme machine we’ve — incorrectly — come to know as Baby Yoda is taking his place with some digital heavyweights who were nominated for the 18th annual Visual Effects Society awards.

The annual event hails the best visual effects across movies, TV, commercials, and other formats like theme park attractions.

Along with “The Child” from Disney+’s The Mandalorian, Alita, from Alita: Battle Angel, Scar from Disney’s The Lion King, Will Smith’s digital younger self from Gemini Man, and “Smart Hulk,” as performed by Mark Ruffalo in Avengers: Endgame, were all nominated as the year’s best in the “outstanding animated character in a photoreal feature” category.

Across the other categories, Star Wars: The Rise of Skywalker earned the most, with five, followed by Endgame’s three.

Other nominees this year include various episodes of Game of Thrones, The Mandalorian, Stranger Things, and Netflix’s The Dark Crystal: The Age of Resistance, as well as movies including Captain Marvel and Terminator: Dark Fate.

The Hollywood Reporter notes that in five of the past 10 years, the winner of the top category, outstanding Visual Effects, repeated that feat at the Oscars.

Oh, and regarding the cute critter in the headlines…He’s not actually Baby Yoda, as Yoda’s dead before the events of The Mandalorian, but “The Child” has an actual name, according to Mando star and finale episode director Taika Waititi. But no, he’s not telling. “I’ll wait for [show creator Jon] Favreau to give that away,” he told a New York Times reporter.