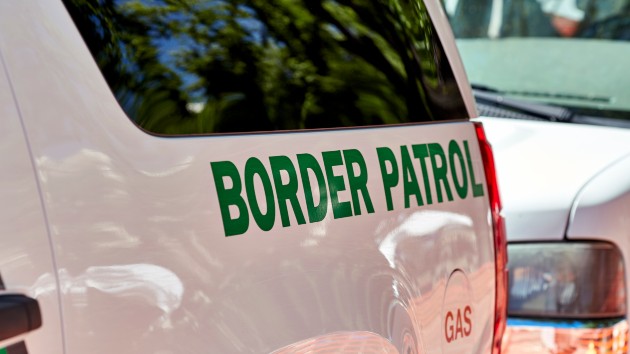 (WASHINGTON) — U.S. Customs and Border Protection has issued a statement saying allegations they are singling out and stopping Iranian Americans as they try to enter the country are false. “Social media posts that CBP is detaining Iranian-Americans and refusing their entry into the U.S. because of their country of origin are false,” CBP said in a statement Sunday. “Reports that DHS/CBP has issued a related directive are also false.” As a federal agency, CBP is prohibited from discriminating on the basis of race, color, creed, gender or religion. However, the Washington state chapter of the Council on American-Islamic Relations said Sunday that more than 60 Iranians and Iranian Americans were detained and questioned at length at the Peace Arch Border Crossing in Blaine, Washington.”Those detained reported that their passports were confiscated and they were questioned about their political views and allegiances. CBP officials contacted at the Blaine Port of Entry provided no comment or reasons for the detentions,” CAIR-WA said in a statement. “Other Iranian-Americans are about to cross the Peace Arch Border as they return back to their homes in the United States from an Iranian pop concert that was taking place on Saturday in Vancouver, Canada,” CAIR-WAR continued.CBP said there was an average two-hour wait at Blaine Saturday evening simply due to an increased number of people and fewer staff members during the holidays. The agency is operating with an enhanced posture due to the current threat, but said it is still protecting the civil rights of those passing through the points of entry nationwide. The reports came in the aftermath of the death of top Iranian Gen. Qassem Soleimani on Thursday. Soleimani was killed in Iraq near the Baghdad International Airport by an airstrike ordered by President Donald Trump.Hours after the airstrike, Trump said, “We took action last night to stop a war. We did not take action to start a war.” “Last night at my direction, the United States military successfully executed a flawless precision strike that killed the number one terrorist anywhere in the world,” Trump added.Secretary of State Mike Pompeo expressed support for the president’s decision. During an appearance on ABC’s This Week, Pompeo said, “It’s very clear the world’s a safer place today.” Senate Minority Leader Chuck Schumer told This Week that he feels Trump has made a “mess of foreign policy.” He also noted that he is worried that this most recent airstrike will lead to war. Copyright © 2020, ABC Audio. All rights reserved.