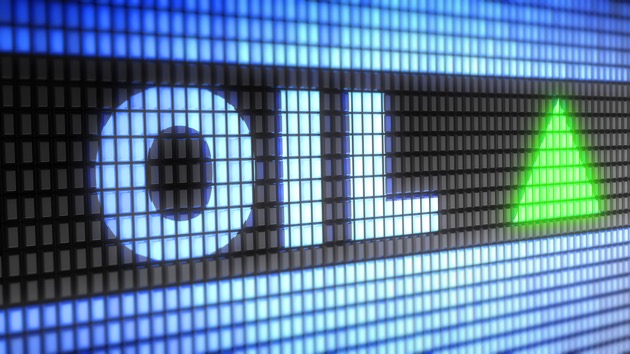 (NEW YORK) — As geopolitical tensions mount between the U.S. and Iran, oil prices spiked on Monday and gold prices surged in response to the uncertainty.U.S. officials confirmed Qassem Soleimani, the leader of Iran’s Quds Force, was killed late Thursday in a U.S. airstrike that targeted the convoy near Baghdad. In the wake of his death, Iranian leaders have vowed revenge. President Donald Trump responded to the threats of vengeance on Twitter, saying that the U.S. is prepared to “hit very fast and very hard” if Iran retaliates.The uncertainty of whether Iran will respond has caused some volatility in global financial markets, though most were able to rebound slightly by midday Monday following steeper tumbles on Friday.Meanwhile, all eyes are on oil and gold prices, which saw the spikes in the wake of the news. Here are what analysts and experts are watching as the turmoil in the Middle East impacts the prices of oil and gold.‘Oil prices could jolt higher depending on if and when Iran retaliates’Uncertainty in the Middle East has historically had a direct impact on oil prices around the world. In the aftermath of the news of the death of Soleimani, oil prices initially spiked by 3 percent.Brent crude oil, the global benchmark, reached a 6-month high of more than $70 a barrel in the last few days.Iran partially houses one of the world’s most important oil chokepoints, the Strait of Hormuz, which is located between Oman and Iran. Approximately 21 million barrels of oil per day, or 21 percent of global petroleum consumption, flow through the strait everyday, according to the U.S. Energy Information Administration.”There is more a potential that oil prices could jolt higher depending on if and when Iran retaliates,” Patrick DeHaan, the head of petroleum analysis at fuel price website GasBuddy, told ABC News.”The bigger concern for the market is will Iran pull another proxy attack on Saudi Arabia, will it attack U.S. interests directly?” DeHaan said. “Basically, will Iran retaliate against oil infrastructure, and if they do it, we’ll probably see a response in the price of oil.”If things stay as they are, DeHaan predicts we will see “a modest increase of a few cents per gallon over the next few weeks” and “the national average could rise maybe as much as 10 cents from this point.””If something were to change this afternoon, all bets are off,” DeHaan added.Still, “markets won’t completely go back to normal until there is an all-clear that lasts four weeks. Any new news over the next four weeks could have moderate impact on oil prices,” DeHaan said.Gold welcomes a ‘flight to haven assets amid the Middle Eastern tensions’Gold prices, which have already been on the rise for the past few weeks, jumped because of escalating tensions in the Middle East, with some analysts predicting investors are turning to gold amid the turmoil.”The flight to haven assets amid the Middle Eastern tensions has seen gold start 2019 with a bang,” Jasper Lawler, an analyst with the London Capital Group, wrote in a memo Monday, adding that “the precious metals has hit a 7-year high.””Gains in the last two trading days have lit a fire under a multi-day surge in gold prices that began just before Christmas,” Lawler added. “The combination of a softer dollar and a flight to safety is always a recipe for gold’s success.”Lawler said his firm remains “bullish on gold” but “would suggest caution ahead of U.S. unemployment figures this week where strong jobs growth might see the dollar rebound.” Copyright © 2020, ABC Audio. All rights reserved.