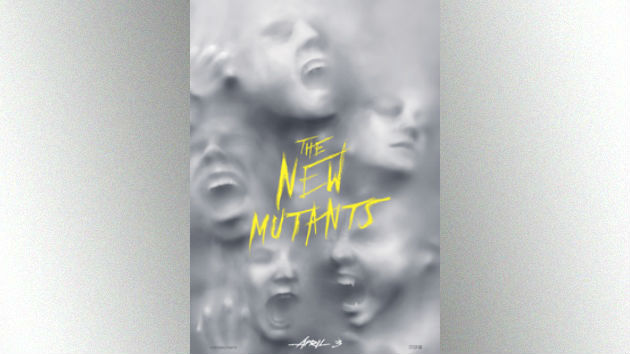 (LOS ANGELES) — After several false starts, rumors it was being scrapped, and release date reshuffling in the wake of 20th Century Fox’s acquisition by Disney, it appears Fox’s final X-Men movie, The New Mutants, will see the light of day after all.

It was initially supposed to hit theaters way back in April 13, 2018, but last summer’s disastrous box office fate of another X-Men film, Dark Phoenix, cast the release of The New Mutants into doubt.

But now , along with a new trailer — which appears to hew closer to director Josh Boone’s original “horror” take on the mutant comic characters — comes a new release date: April 3, 2020.

The film centers on a powerful group of young people — among them Game of Thrones’ Maisie Williams and Split’s Anya Taylor-Joy — who get trapped in a hospital meant to test their burgeoning abilities, but which turns into a house of horrors for the young mutants.

The teaser, set to a chilling cover of Pink Floyd’s “Another Brick in The Wall,” teases Williams’ werewolf-like abilities as Rahne Sinclair, aka Wolfsbane.   We also see Taylor-Joy casting spells as the sorceress Illyana Rasputina, known as Magik, and get glimpses of Henry Zaga’s solar power-absorbing Sunspot.