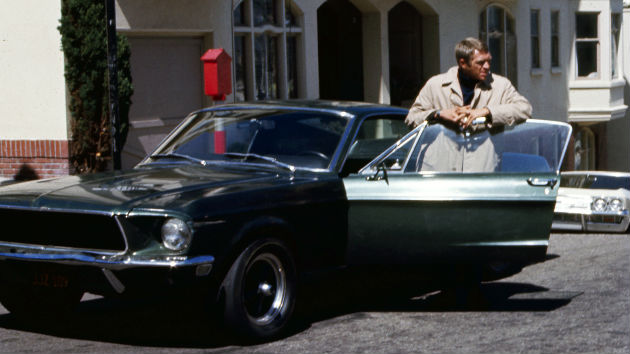 (LOS ANGELES) —  Though rusty in spots, and completely un-restored since an enthusiast bought it for just $3,500 back in 1974, the iconic Ford Mustang Steve McQueen expertly drove in the 1968 movie Bullitt is expected to fetch a record price at auction.  The mythical 1968 Highland Green Mustang, the star of Bullitt’s famous car chase, was thought to be lost forever, but in 2017, the Kiernan Family came forward to reveal that the family patriarch Bob, who passed away in 2014, bought it back in ’74.

He’d tucked it away in a Kentucky barn, but used it as his “family car.”

On January 10, the Mustang will go up for sale by Mecum Auctions in Kissimmee, Florida.

“I don’t need to sell this car,” Sean Kiernan, whose father purchased it after seeing an advertisement in Road & Track magazine, told ABC News. “I am O.K. with any price. But I would like it to be the most valuable Mustang ever.”Kiernan and his sister will drive the legendary Mustang onto the auction block as wealthy collectors from around the globe bid on the former “family car.””It was a family car and my father was the last one who drove it,” he said. “This whole process has been therapeutic for me. My father will always be connected to this car.”Eric Minoff, a specialist in the motoring department at Bonhams auction house, said “plenty” of people will be willing to pay a large premium for the “Bullitt Mustang.”

Elizabeth Warren campaign lays out strategy for primaries and beyond
Gold-seated toilet among Frank Sinatra items up for auction
Terry Crews insists ‘America’s Got Talent’ is “the most diverse place” he’s ever worked
After getting jacked for ‘Marvel’s The Eternals’, Kumail Nanjiani gets treated to junk food by Jimmy Kimmel
Silver Alert issued for Notre Dame student believed to be in ‘extreme danger’
Does wearing a mask while traveling ward off illness? Here’s what experts say