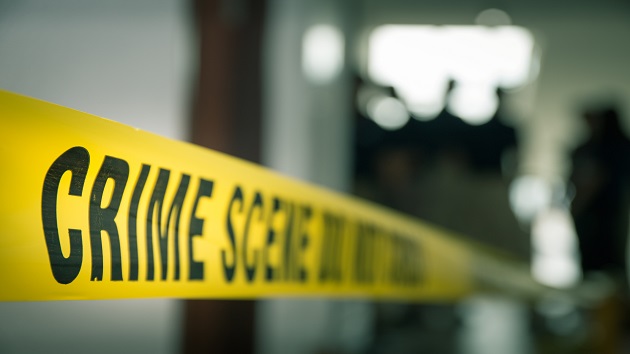 (HOUSTON) — A Texas man who proposed to his fiancée on New Year’s Eve has been arrested and charged with her murder just four days into their engagement.Kendrick Akins allegedly shot Dominic Jefferson in the parking lot of her apartment complex close to midnight on Saturday night after witnesses say they engaged in an argument, according to ABC News’ Houston station KTRK.A witness who saw the confrontation at the Holly View Apartments in Harris County, Texas, was also allegedly shot at when they ran to help Jefferson after she had been shot.“I want to know why. Why? Why would you do this. You said you loved her. You proposed to her on New Year’s Eve and now today you kill her? Why?” said Jefferson’s sister in an interview with KTRK.Akins fled the scene of the crime but turned himself into the police close to 12 hours later where he was questioned, arrested and then charged with her murder.A spokesperson from the Houston Police Department homicide division released a statement obtained by KTRK.“Officers responded to a shooting call at an apartment complex at the above address and were advised a woman was shot following an argument with her boyfriend (Akins). A witness believed the victim’s boyfriend fled the scene. However, the boyfriend returned and confronted a concerned citizen who attempted to assist the injured woman. The witness and concerned citizen stated the boyfriend fired another shot in the direction of the citizen, before fleeing the scene on foot.”According to Jefferson’s family the couple had been dating for three months when Akins proposed to her.Police say they are still searching for surveillance footage of the murder and that the investigation is ongoing. Copyright © 2020, ABC Audio. All rights reserved.