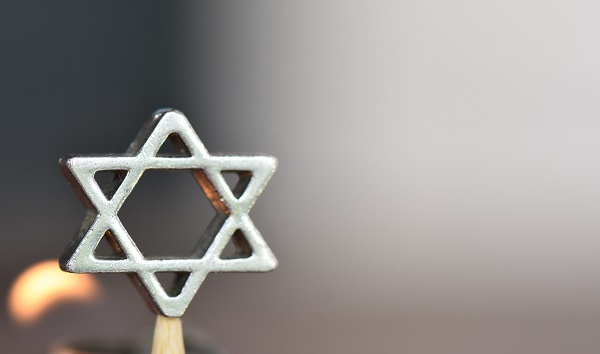 (NEW YORK) — Jewish communities face an “enduring threat” in the wake of recent attacks across the country, federal authorities warned in an intelligence document obtained by ABC News.The notice came a week after a man, who allegedly espoused anti-Semitic sentiments in journals, stabbed five people with a machete at a Hanukkah celebration in a New York City suburb, according to officials.The FBI, Department of Homeland Security, and National Counterterrorism Center on Friday advised federal, state and local authorities “to remain vigilant in light of the enduring threat to Jewish communities posed by domestic violent extremists and perpetrators of hate crimes,” according to the joint intelligence document.Four incidents against Jewish communities, all of which have occurred since October 2018, were cited: The Hanukkah machete attack on Dec. 29 in Monsey, New York; a kosher deli shooting that left three people on Dec. 10 in Jersey City, New Jersey; a synagogue shooting in April that left one person dead and three others wounded in Poway, California; and the Tree of Life synagogue shooting that left 11 worshippers dead on Oct. 27, 2018, in Pittsburgh, Pennsylvania.”We remain concerned that other US-based individuals … could become inspired by these attacks and carry out further violence against Jewish communities,” the document read.Authorities noted that most of the suspected attackers used “simple tactics and relatively easily obtainable weapons such as firearms and edged weapons, although some have sought to use explosive devices.”There was no mention of foreign terror groups or Americans inspired by foreign groups, like ISIS, but rather authorities focused on risks posed by would-be domestic terrorists.A rally and march are planned for Sunday in New York City in light of the recent anti-Semitic attacks.Thousands are expected to attend the “No Hate, No Fear Solidarity March” that kicks off at 11 a.m. in Lower Manhattan’s Foley Square and ends at Brooklyn’s Cadman Plaza.Officials with the Anti-Defamation League said they were ‘horrified by the latest string of anti-Semitic attacks in New York, and the most recent attack against Jews in Monsey, NY.””New York has a growing problem. … When will enough be enough?” according to the statement, issued last week with the Secure Community Network, the official safety and security organization of The Jewish Federations of North America and the Conference of Presidents of Major American Jewish Organizations.The lawyer and family of Grafton Thomas, the suspected attacker in the Monsey incident, said he has no ties to any hate groups. Thomas is facing hate crime and attempted murder charges. Copyright © 2020, ABC Audio. All rights reserved.