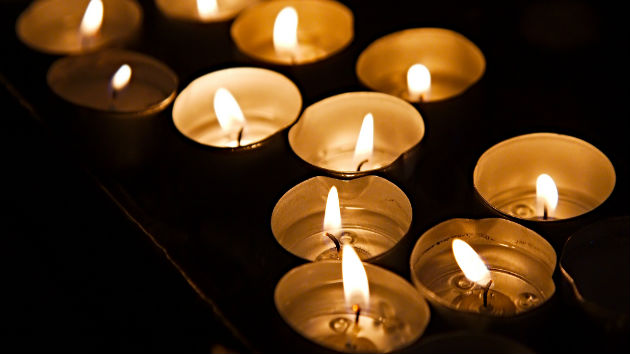 (LOS ANGELES) — As with every year, we find ourselves mourning the passing of familiar faces from film, TV and celebrity, whether their passing was expected or otherwise.  Here’s a look back at some of the notable celebs we lost in 2019:

Jan-Michael Vincent — Actor, best-remembered as the star of the 1980s action TV series Airwolf. Other roles included the 1973 Disney comedy The World’s Greatest Athlete, the 1978 surfing movie Big Wednesday, the 1978 Burt Reynolds film Hooper, and the acclaimed 1983 TV miniseries The Winds of War.  Died February 10 at age 74 of cardiac arrest after many years of poor health.

Peter Tork — Musician, singer, songwriter and actor, born Peter Thorkelson, best known as a member of the 1960s and 70s band and TV show The Monkees, as well as the most accomplished musical talent of the group prior to joining.  Died February 21 of cancer at age 77.

Luke Perry — One of the stars of the classic 1990s teen drama Beverly Hills, 90210, who most recently starred in the TV series Riverdale.  Died of a stroke March 4 at age 52.

John Singleton — Critically-acclaimed director, writer and producer.  His 1991 directorial debut Boyz n the Hood was nominated for the Best Director and Best Original Screenplay Academy Awards, making Singleton the youngest filmmaker to receive nominations in those two categories and the first African-American to be nominated for best director.  Other films included Higher Learning, Poetic Justice, Rosewood, the 2000 Shaft remake, 2 Fast 2 Furious, and Four Brothers.  Co-created and executive-produced the TV series Snowfall.  Singleton suffered a stroke April 17 and died April 29 after his family removed him from life support.  He was 51.

Doris Day — Singer, Oscar-nominated actress and animal rights activist, known early on for big-screen romantic comedies opposite James Garner and Rock Hudson, including 1959’s Pillow Talk.  Other films include Calamity Jane and The Glass Bottom Boat.  Her TV sitcom, The Doris Day Show, ran from 1968 to 1973.  Music hits include “Sentimental Journey” and “Que Sera, Sera.”  Died of pneumonia May 13 at age 97.

Cameron Boyce — Actor, best known for his starring roles on the Disney Channel series Jessie and The Descendants.  Died of complications from a seizure on July 6 at age 20.

Toni Morrison — Nobel Prize-winning author, the first black woman to win the honor for literature; also won the Pulitzer Prize for Fiction, for Beloved.  Other works include Song of Solomon.  Died August 5 of complications from pneumonia at age 88.

Diahann Carroll — Pioneering African-American actress and singer.  Starred in TV’s Julia and Dynasty, and was the first black woman to win a Tony Award for Best Actress in a Musical, for 1962’s No Strings.  Died October 4, aged 84.

Caroll Spinney — Emmy- and Grammy-winning longtime puppeteer and voice behind beloved Sesame Street characters Big Bird and Oscar the Grouch.  Died of complications from a neuromuscular condition on December 8, aged 85.