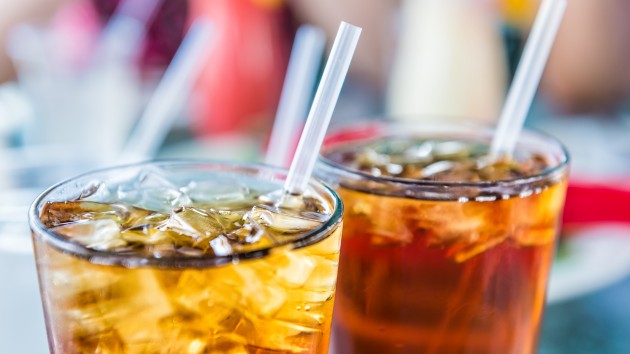 (NEW YORK) — Beverage companies that sell diet sodas aren’t making a weight-loss promise by including the word “diet” on their soft drinks, a federal court has ruled.The decision, handed down this week by the 9th U.S. Circuit Court of Appeals in San Francisco, upheld an earlier dismissal of a class action suit against the makers of Diet Dr Pepper. Shana Becerra, who brought the lawsuit, argued that she’d struggled with obesity since childhood and thought that drinking Diet Dr Pepper would help her lose or maintain a healthy weight. She also argued that using fit and attractive models in diet soda advertising was deceptive, since drinking soda can lead to weight gain. “Just because some consumers may unreasonably interpret the term differently does not render the use of ‘diet’ in a soda’s brand name false or deceptive,” Judge Jay Bybee wrote in his decision.”Diet soft drinks are common in the marketplace and the prevalent understanding of the term in that context is that the ‘diet’ version of a soft drink has fewer calories than its ‘regular’ counterpart,” Bybee added. A similar lawsuit, that Becerra brought against Diet Coke, was previously dismissed by a federal appeals court in New York in February 2018.”We appreciate that the Ninth Circuit has allowed common sense to prevail and that it rejected the attempt to complicate something that is so simple,” Evan Young, an attorney representing Dr Pepper/Seven Up Inc., said in a statement to ABC News. Jack Fitzgerald, one of Becerra’s attorneys, declined to comment on the decision. Copyright © 2020, ABC Audio. All rights reserved.