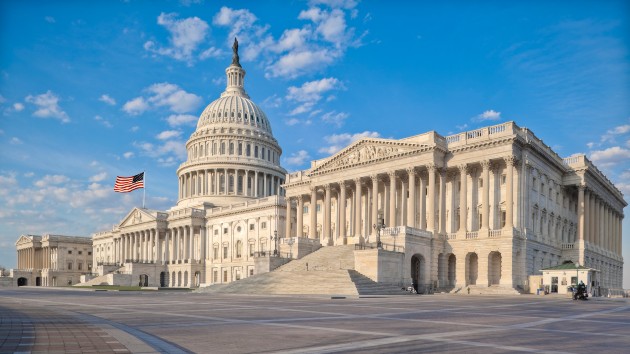 (WASHINGTON) — A panel of federal appeals court judges in Washington heard arguments Friday in two high-profile disputes between the legislative and executive branches over testimony and documents congressional Democrats pursued as part of their impeachment inquiry. The Democrat-controlled House Judiciary Committee brought both lawsuits. In one, the committee is seeking access to secret grand jury material collected during special counsel Robert Mueller’s probe. The other is part of an effort to compel the testimony of former White House counsel Donald McGahn, who has refused to comply with a subpoena. Congressional Democrats have accused the Trump administration of obstructing their efforts to gather information, while the Justice Department has repeatedly argued the House overstepped its authority to demand testimony and records.In court Friday morning, the appellate judges grappled with arguments put forth by lawyers representing the House Judiciary Committee and the Justice Department. Hashim Mooppan, a lawyer for the Department of Justice, argued that Congress “has never had the authority to file lawsuits” and the courts do not have the standing to rule on what he called “an inter-branch dispute.” Judge Thomas B. Griffith questioned Mooppan’s premise and asked if a previous court’s ruling to turn over tapes during the Richard Nixon impeachment suggested otherwise. Judge Judith W. Rogers agreed. “The Supreme Court has said there is a role,” she stated.Mooppan pushed back on the judges and argued the court’s involvement in a “purely political dispute” would undermine public confidence in the court. “You can be assured,” Mooppan warned, that court’s opinion on the McGahn matter will be “waved on the floor of the Senate” as evidence of either the president’s guilt or innocence.While both matters trace their roots to the special counsel’s Russia probe, House Democrats have argued that the merits of each case remain relevant in light of ongoing — and perhaps future — impeachment proceedings. In court documents submitted to the appeals court on Dec. 23, a lawyer for House Democrats suggested the Judiciary Committee would consider drafting additional articles of impeachment if new information comes to light. Megan Barbero, a lawyer for House Democrats, reiterated this notion in her arguments Friday when asked how McGahn’s testimony could be relevant to an impeachment inquiry into Ukraine matters that occurred after McGahn had left the administration in late 2018.McGahn’s testimony goes beyond the matter of Ukraine and is relevant to the president’s “pattern of conduct,” Barbero argued. She noted that the obstruction article includes the president’s “previous efforts” to undermine investigations into foreign interference. “It is the pattern of misconduct that would be relevant,” Barbero continued.In both matters, federal district judges have already ruled in favor of Congress. U.S. Judge Beryl Howell ruled in October that the Justice Department must turn certain portions of Mueller’s grand jury evidence over to the committee. And in November, U.S. Judge Kentanji Brown ruled that McGahn must comply with a subpoena for his testimony, accusing the White House of “openly stonewalling the House’s efforts to get information by subpoena.” The Justice Department appealed both rulings and are presenting their argument for reversals on Friday. Copyright © 2020, ABC Audio. All rights reserved.