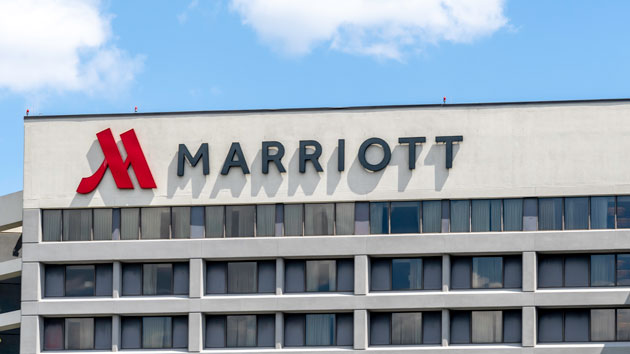 (PORTLAND, Ore.) — An African American woman has filed a discrimination lawsuit against Marriott and other parties for allegedly requiring her to sign a “no party” policy in order to check in to her room.Felicia Gonzales says she booked five nights at the Residence Inn by Marriott franchise hotel in Portland, Oregon, and was scheduled to check in on Jan. 25, 2019.According to the lawsuit, Gonzalez, who is a Marriott rewards member, said she was “surprised when the front desk clerk required that she sign a two page ‘NO PARTY’ Policy form in order to check into her room.””Ms. Gonzales had never had a problem or noise complaint at any other Marriott hotel she had ever stayed at, but she signed the form so she could get into her room and move forward with her trip,” according to the lawsuit filed on Dec. 30, 2019, in Multnomah County Circuit Court.The policy, which was obtained by ABC News, stated it “is put in place to ensure guest comfort and hopefully communicate to every guest that the hotel is concerned about making their stay more enjoyable and peaceful — not to insinuate any distrust in the ‘average’ guest.””No hotels want to have parties in them and we don’t want that type of business,” the policy said.The 51-year-old former Portland resident signed the document, but because it “did not feel right,” she decided to go back to the front desk where, according to the lawsuit, she observed “multiple Caucasian” check-in without signing the extra paperwork.During Gonzales’ observations, she did not observe hotel employees ask any other people to sign the policy, her attorney Greg Kafoury told ABC News on Thursday.While Gonzales did not file a formal complaint with the Marriott or the hotel franchise, there is an one-year statute of limitations to file a race discrimination lawsuit, said Kafoury, adding “filing a complaint would not get the answers needed.””It is incumbent upon Marriott to explain why our African American client was treated differently from other guests, and Marriott should produce all documentation regarding this policy, including the instructions hotels were given on how to implement the policy,” according to a statement from the Kafoury & McDougal law firm.The lawsuit which names multiple defendants, including the Multnomah Street location’s General Manager Lee Luetjen, is seeking $300,000 in non-economic damages for Gonzales’ “embarrassment, frustration, anger, humiliation, a sense of increased vulnerability, and feelings of racial stigmatization.” Gonzales’ lawsuit is also mentions an “intent to amend to include claims for punitive damages” in the amount of $1,000,000.”We do not comment on pending litigation,” a Marriott spokesperson said. “While this hotel is a franchise property and is operated by a third-party management company, Marriott strives to provide an environment where all feel welcome.”The Marriott spokesperson referred questions about the “no party” policy to the management at the location in question.The management company, InnVentures, which is named in Gonzales’ lawsuit, did not immediately respond to a request for comment.Luetjen did not immediately respond to a request for comment by ABC News on Thursday. Copyright © 2020, ABC Audio. All rights reserved.