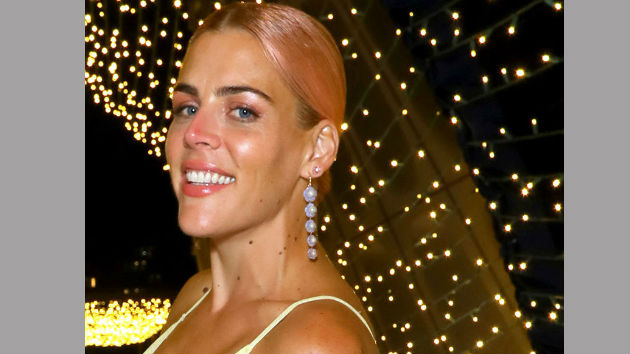 (LOS ANGELES) — (NOTE LANGUAGE) Actress Busy Phillips explained on her Instagram that she thought all was going well with her E! talk show Busy Tonight — until she was “blindsided” by a text declaring that it had been cancelled.

In a series of Instagram posts she titled “almostgrams,” because she only published them over the weekend  and not when she snapped them back in May, Phillips illustrated the emotions she was going through — from a tear-stained selfies to a text from a network executive proving that just a week before the ax fell, he was “excited” about the show’s future.

“I did what anyone would do,” she confessed on the social media platform, on which she described each slide. “I sat in the lobby of the hotel in Dallas and ordered three tequilas and called [friends and family] and I cried,” she admitted.

“I waited for a call or email from someone at E, which never came so I sent a text to the head of the network that truly makes me lol to this day(slide 3). Then I took some selfies (first 2 pics…then I went and got a tattoo on my ankle; the illustration from my book from the chapter where I got super f**ked over by some dudes in this business (slide 5).”

The tat is a simple line drawing of a woman ice skating away defiantly, leaving underfoot, the script words “f*** them.”

Busy is reportedly trying to shop her show to other networks.

Get your first glimpse of Emma Corrin as Princess Diana on ‘The Crown’
‘Lion King’ follow-up movie to be directed by Barry Jenkins
Ilyasah Shabazz says ‘The Godfather of Harlem’ is “great,” but didn’t show the “depth” of her father Malcolm X
Shannen Doherty on her battle with stage 4 breast cancer: “I’ve got a lot of life in me”
‘Saved by the Bell’ reboot coming to Peacock on November 25
Presidential debate live updates: Trump vs. Biden and what you need to know ahead of first matchup