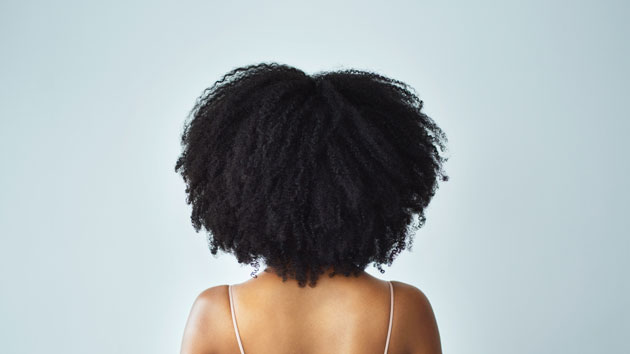 (SACRAMENTO, Calif.) — People in California now have new protection to wear their natural hair in the workplace and classroom.The CROWN Act (Create a Respectful and Open Workplace for Natural Hair) that was signed into law by Gov. Gavin Newsom in July officially went into effect in the state on New Year’s Day.The legislation amends the state’s discrimination laws to add to the definition of race, including hair texture and protective hairstyles like braids, locks and twists.It was advocated for in California’s legislature by State Sen. Holly Mitchell.

Our #CROWNS rule. Passed the Assembly today. On its way to @GavinNewsom desk! California set to be first state to protect black people from natural hair discrimination https://t.co/rpLTBfvQdV

“A Google image search for ‘unprofessional hairstyles’ yielded only pictures of black women with their natural hair or wearing natural braids or twists,” Mitchell said in a speech last year on the Senate floor. “Although disheartening, not very surprising.”The CROWN Act’s passage in California set off a chain of similar efforts across the country.Later in July, New York Gov. Andrew Cuomo signed into law a bill amending the state’s Human Rights Law and Dignity for All Students Act to ban discrimination based on natural hairstyles.The bill added “new subsections to the definitions of race, to include ‘traits historically associated with race, including but not limited to hair texture and protective hairstyles,"” according to Cuomo’s office. The bill’s provisions went into effect immediately.Several other states and cities are considering passing similar legislation. Cincinnati legislators announced plans in October to become the next city to ban discrimination against natural hair as it relates to employment and housing opportunities as well as public accommodations.Last month, Sen. Cory Booker, D-N.J., and a 2020 Democratic presidential candidate, unveiled a bill in the Senate which bans discrimination based on hair textures and hairstyles commonly associated with a particular race or national origin.Rep. Cedric Richmond, a Democrat who represents Louisiana’s 2nd District, also introduced companion legislation in the House of Representatives and is joined by congresswomen Ayanna Pressley, Marcia Fudge and Barbara Lee.

I choose to wear my hair in twists bc I want to intentionally create space for all of us to show up as our authentic selves. Proud to cosponsor the #CROWNAct – a bold step towards ending hair discrimination in schools & workplaces across America → https://t.co/IdBEGTHvb5 pic.twitter.com/LLCrFeX2RB

“Discrimination against black hair is discrimination against black people,” Booker said in a statement. “Implicit and explicit biases against natural hair are deeply ingrained in workplace norms and society at large. This is a violation of our civil rights, and it happens every day for black people across the country.” Copyright © 2020, ABC Audio. All rights reserved.