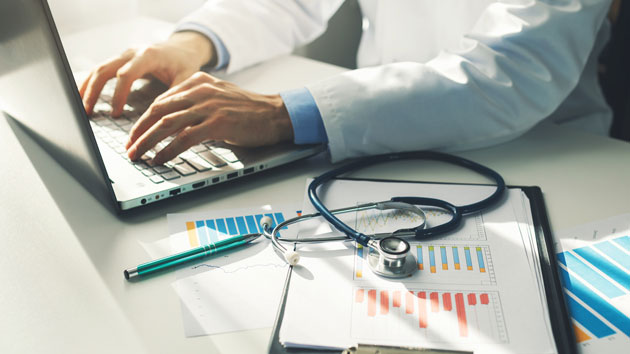 (NEW YORK) — An initial study using a Google artificial intelligence system suggests the computer predicts breast cancer in mammography scans more accurately that human experts and radiologists.While the study states the AI-powered computer “outperformed all of the human readers” in an independent study, the researchers emphasized that further clinical trials are still needed to truly assess the utility of the tool in medical practice.The study from a team of international researchers in the U.S. and U.K. at Google, Deep Mind, Northwestern Medicine, Cancer Research U.K. Imperial Center and the Royal Surrey County Hospital was published in the journal Nature on Wednesday. It was funded by Google.”This is a huge advance in the potential for early cancer detection,” Dr. Mozziyar Etemadi, the co-author of the study and a professor at Northwestern University, said in a statement.”Breast cancer is one of the highest causes of cancer mortality in women,” Etemadi added. “Finding cancer earlier means it can be smaller and easier to treat. We hope this will ultimately save a lot of lives.”The new AI model was trained by mammograms from 28,953 U.K. and U.S. women to identify the presence of breast cancer. The researchers found that the “AI system outperformed both the historical decisions made by the radiologists who initially assessed the mammograms, and the decisions of 6 expert radiologists who interpreted the 500 randomly selected cases in a controlled study,” according to an analysis of the study published on Nature’s website.The same analysis added, however, that the “real world is more complicated and potentially more diverse than the type of controlled research environment reported in this study.”In a blog post announcing the findings, Google Health’s Shravya Shetty, M.S. and Daniel Tse, M.D., noted that the AI model also “received less information than human experts did.””The human experts (in line with routine practice) had access to patient histories and prior mammograms, while the model only processed the most recent anonymized mammogram with no extra information,” the blogpost added. “Despite working from these X-ray images alone, the model surpassed individual experts in accurately identifying breast cancer.”The study comes at a time when one in five cases of breast cancer is missed by radiologists, and 50% of all women who undergo screenings for a 10-year period will experience a false-positive case of cancer being wrongly suspected, according to Northwestern Medicine.”Computers are really good at these tasks,” Scott McKinney, a Google software engineer and the co-lead author of the study, said in a statement. “We hope someday this tool for radiologists becomes as ubiquitous as spell-check for writing e-mail.”Etemadi emphasized that while the findings are “exciting,” they remain “early-stage research” and “validation in future trials is needed to better understand how models like these can be effectively integrated into clinical practice.””In some examples, the human outperforms the AI and in others, it’s the opposite,” Etemadi said. “But the ultimate goal will be to find the best way to combine the two — the magic of the human brain isn’t going anywhere any time soon.” Copyright © 2020, ABC Audio. All rights reserved.