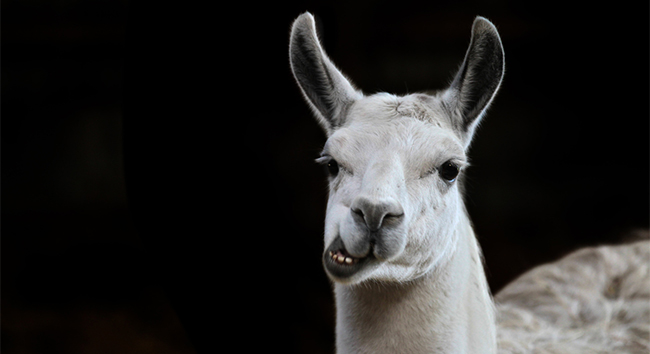 (PERRIS, Ca) —  Dozens of llamas were stolen and set loose from an exotic animal farm in Perris, California, following calls on social media that the animals were being mistreated, according to reports.Deputies from the Riverside County Sheriff’s Department and officers from the Riverside County Department of Animal Services rounded up about 30 llamas after receiving calls that they were running amok along a busy roadway in Perris, some 70 miles east of Los Angeles, ABC Los Angeles station KABC reported.The llamas were freed after someone cut the lock to a fence and loaded them onto a truck before dawn on Monday, according to the station. The stolen animals were worth about $1.6 million, one worker told KABC.Neighbor James Aiken told KABC that he looked out his window and saw the llamas gallivanting down the street.”I thought, ‘That’s kind of strange,"” he said.The farm, which sits on 14 acres, houses other animals such as ostriches, alpacas, emus and water buffalo. The farm has been targeted on social media by activists who claim the animals are being abused and neglected.While the Riverside County code enforcement department is working with the property owner regarding violations on some overgrown land, animal control found no evidence of mistreatment after several visits, stating that the animals appear to be in good health and are watered and fed regularly, KABC reported.Animal control spokesman John Welsh told the Riverside Press Enterprise that the “rage on social media” prompted the department to send investigators to the property “almost every day” over the last week and a half. The caretakers started putting the feed near the property line to prove the animals were being cared for after a “public sideshow” resulted from the social media claims, he added.”It’s not a well-kept property, but we don’t have any evidence of animal abuse or neglect, whatsoever,” Welsh told the local newspaper.About 355 birds and hoofed animals live on the property, Welsh said. Copyright © 2020, ABC Audio. All rights reserved.