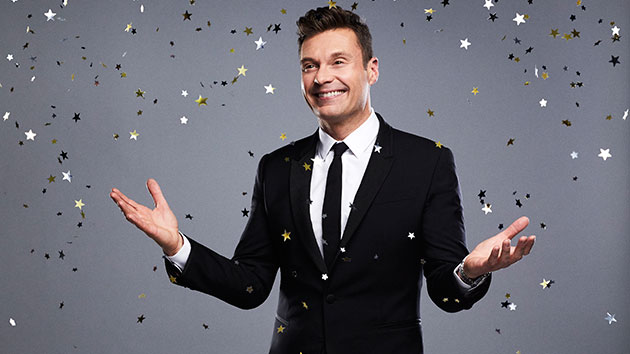 “I grew up with it,” Ryan tells ABC Audio of the show.

“It was the only show me and my family ever watched,” adds Lucy Hale, who moves this year from hosting the New Orleans segments to holding things down in new York City’s Times Square with Seacrest.

“It just feels like an American tradition that was born through Dick Clark, and fortunately we’re here to carry the torch,” says Seacrest, back for his 15th year.

The show will span time zones and feature musical acts that span genres, from Sheryl Crow, performing from New Orleans, to the Jonas Brothers in Miami, to Post Malone, BTS and Alanis Morrisette in NYC.

“I think there is a hope that everything goes smoothly when you’re tossing from Times Square to New Orleans in the chaos of both of those moments of celebration,” Ryan says. “I think there is hope when you toss to Miami at a Jonas Brothers concert that everything’s going to be ready, go smooth. But you never quite know until you see it transmit on the air…”

Country artist Jessie James Decker will also be on hand to unveil a million-dollar Powerball “second chance” winner. “Honestly, it’s a dream because this is the first time I’ve ever been here for New Year’s,” Decker says.  “I mean, this is like, in my opinion, one of the most iconic events of the year.”

As for her favorite act of the night? “I love Post Malone,” she giggles. “I even brought a t-shirt [of him].”

Other performers this year include Usher, Dan + Shay and Paula Abdul. The fun starts at 8 p.m. ET on ABC.

New York City election officials scramble to fix printing error on absentee ballots sent to voters
Watch the chilling first trailer for ‘The Craft’ reboot, ‘The Craft: Legacy’
Chrissy Teigen hospitalized for excessive bleeding complication during third pregnancy
Get your first glimpse of Emma Corrin as Princess Diana on ‘The Crown’
Ilyasah Shabazz says ‘The Godfather of Harlem’ is “great,” but didn’t show the “depth” of her father Malcolm X
Shannen Doherty on her battle with stage 4 breast cancer: “I’ve got a lot of life in me”