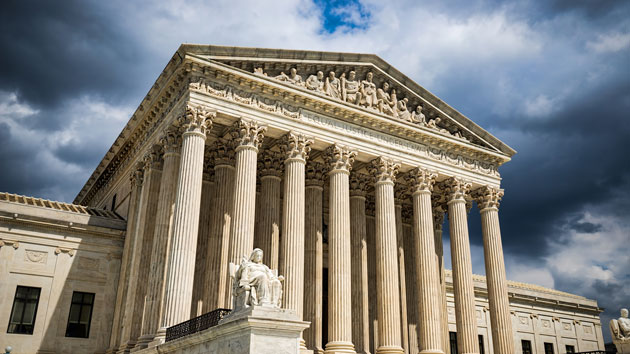 (WASHINGTON) — As he prepares to preside over a Senate impeachment trial, Supreme Court Chief Justice John Roberts is raising concern about public confidence in the federal judiciary and stressing the need to preserve the courts’ political independence.”I ask my judicial colleagues to continue their efforts to promote public confidence in the judiciary,” Roberts writes in his annual year-end report on the federal judicial system.”We should celebrate our strong and independent judiciary, a key source of national unity and stability,” he said.The statement comes at the end of a seven-page summary of federal court operations over the last year. As chief justice, Roberts presides over the U.S. Judicial Conference which sets policies and procedures for the court system.Roberts — who famously compared his role to that of an umpire calling balls and strikes — has long sought to counter public perception of the Supreme Court as a partisan institution. In recent years, he has quietly worked to maneuver the court away from unnecessary political firestorms whenever possible, sometimes with mixed success.In 2018, he engaged in a remarkable public spat with President Donald Trump, issuing a statement rebuking Trump’s criticism of federal judges. “We do not have Obama judges or Trump judges, Bush judges or Clinton judges,” he said last year in a statement.Trump blasted Roberts on Twitter, calling him an “absolute disaster” and a “nightmare for conservatives.”On Roberts’ watch, public confidence in the court has been on the rise in recent years. A Gallup poll in October found that a majority of Americans, 54%, approve of the job the court is doing — a marked improvement over the prior five years when more disapproved than approved.Impeachment now puts Roberts and the Supreme Court in an awkward spot. While his role in a Senate trial is constitutionally-mandated, the bright spotlight of a nationally-televised political drama could potentially complicate efforts to keep the justices above the fray.Those who know him say the chief justice will go to great lengths to avoid even the appearance of partiality and is likely to defer heavily to the Senate on all matters.”We should reflect on our duty to judge without fear or favor, deciding each matter with humility, integrity, and dispatch,” Roberts writes his colleagues in the report. “As the New Year begins, and we turn to the tasks before us, we should each resolve to do our best to maintain the public’s trust that we are faithfully discharging our solemn obligation to equal justice under law.”The report documents an increased workload for most federal courts year-over-year. The U.S. Supreme Court handled 127 more cases during the 2018-2019 term than the previous — 6,442 filings.Copyright © 2019, ABC Audio. All rights reserved.

Only 10% of US adults may have COVID-19 antibodies: Study
A whole new world: Disney+ to host social distance drive-in featuring Disney favorites
Two former leaders of Holyoke Soldiers’ Home charged in COVID-19 deaths
Astronaut Terry Virts on managing isolation in space and during a pandemic
‘Riverdale’s KJ Apa shows the reality of makeout scenes on set amid COVID-19
Dax Shepard reveals relapse after 16 years of sobriety during emotional podcast episode