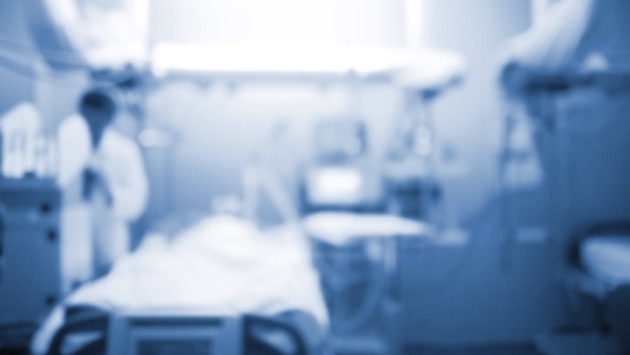 (NEW YORK) — Edward Aschoff, a popular and well-respected college football reporter for ESPN, passed away on Christmas Eve — his 34th birthday.Close family and friends gathered together this weekend to celebrate Aschoff’s life and impact.In a string of 12 tweets posted to Aschoff’s Twitter page two days after his death, his fiancée, Katy Berteau, said that Aschoff died after receiving a “presumed diagnosis of HLH,” hemophagocytic lymphohistiocytosis, a very rare and potentially fatal condition in which the immune system attacks itself and other healthy tissues.Berteau said that Aschoff, who was public about his health struggles, was initially diagnosed with pneumonia, and began antibiotic treatment, but his condition did not improve. With his symptoms worsening, Aschoff was taken again to the emergency room and admitted to the hospital. Following bone marrow and lung biopsies, he received a possible diagnosis of HLH. He passed away three days after being transferred to the Intensive Critical Care Unit.In ESPN’s original statement the network did not report the exact cause of death.HLH is a very rare disease that can occur in infants, young children, and adults. Health care providers are still learning about the possible causes of this disease. HLH can be hereditary, meaning some people are born with it. Children born with HLH usually develop symptoms within the first months or years of life. These symptoms include fever, enlarged liver or spleen, decrease blood cell count and brain abnormalities.It may also be acquired by adults, known as secondary HLH, often times triggered by recent infections, cancer, or a weakened, diseased immune system, according to the National Institutes of Health (NIH).“The acquired form of HLH is like a factory shutting down,” says Dr. Robert Glatter, emergency doctor at Lenox Hill Hospital, who has seen only one confirmed case of HLH in his 18 years of practice.When your body fights an infection, certain white blood cells, called lymphocytes and histiocytes, attack other blood cells in the body as a defense mechanism. If you have HLH, your body’s defense system goes into overdrive. Abnormal blood cells will build up in the spleen and liver, causing these organs to enlarge. Eventually, the body will produce too many activated immune cells.“Most people who get infections won’t develop HLH,” says Glatter. Aschoff was initially given a diagnosis of pneumonia. While secondary HLH, is often triggered by infection, it is unknown whether or not that was Aschoff’s case. It is unknown whether Aschoff had other health challenges or genetic predispositions that contributed to his deteriorating conditions and ultimate death.HLH is diagnosed through a battery of blood tests and a bone marrow biopsy. As is the case with rare diseases such as HLH, the symptoms may be vague and overlap with other more common illnesses, such as pneumonia or flu, according to the NIH. HLH symptoms include, swollen lymph nodes, skin rashes, lung problems including coughing and difficulty breathing and fatigue.HLH treatment depends on the cause, age, and severity of disease, and includes chemotherapy, immunotherapy, steroids, antibiotics, or antiviral drugs to treat the underlying infections that may have triggered the exaggerated immune response.Experiencing similar symptoms does not mean you have HLH. Regardless, “it’s vital to listen to your body if something isn’t just right,” says Glatter. Seeking medical care and maintaining an ongoing connection with a physician is also critical, and having a professional who is familiar with your medical history will allow for a good point of reference when you do get sick.Experts recommend getting your flu vaccine, and adults 65 years or older receive the PCV13 vaccine, which protects against pneumonia. Exercising good hygiene and washing your hands often is also important.Berteau said that Aschoff “loved Christmas so much that, even from the ICU, he was coordinating with my friend about wrapping my presents so I could be surprised.”His passing serves as a reminder this holiday season that the gift of health may be the most important gift of all.ESPN and ABC News share the same parent company, Disney. Copyright © 2019, ABC Audio. All rights reserved.

Pelosi, Mnuchin fail to strike coronavirus stimulus deal but talks will continue
Trump denies knowing who ‘Proud Boys’ are, again declines to condemn white supremacy by name
Black Americans are leaving their homes to start their own all-Black communities
How climate change affects wildfires, like those in the West, and makes them worse
Jennifer Lopez to receive The People’s Icon honor at the 2020 E! People’s Choice Awards
‘Riverdale,’ ‘Charmed’ among shows halted due to lack of COVID-19 testing in Vancouver