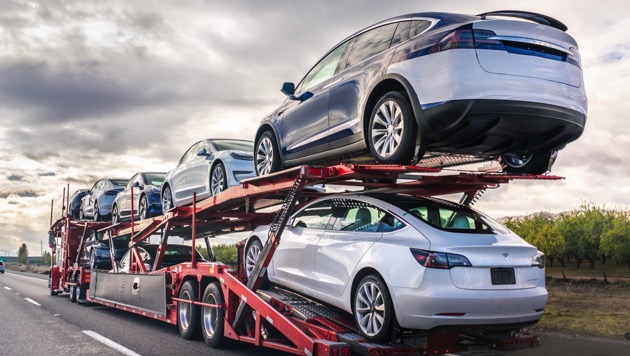 (NEW YORK) — Tesla has officially started delivery of its “made in China” cars produced from its Gigafactory in Shanghai.The first 15 customers who received these Model 3 vehicles are Tesla employees, the company announced Monday on Twitter.Tesla hosted a delivery ceremony to mark the event, and one employee even proposed to his girlfriend with the help of a Model 3 on the company’s big day, according to photos shared on social media.

What a touching moment. pic.twitter.com/DlQn4wyW1j

The American automaker broke ground on the battery and electric vehicle production plant in Shanghai — the company’s first Gigafactory outside of the U.S. — approximately a year ago.In a memo to investors in October, the company said the facility in China was approximately 65 percent cheaper to build than its Model 3 production systems in the U.S., and that the Gigafactory was capable of producing full vehicles from body to paint to general assembly.It also indicated its intention of ramping up production in Shanghai and tapping into the lucrative Chinese market with its Model 3 sedans.”China is by far the largest market for mid-sized premium sedans,” the company wrote at the time. “With Model 3 priced on par with gasoline powered mid-sized sedans (even before gas savings and other benefits), we believe China could become the biggest market for Model 3.”The company said it hopes to produce 500,000 vehicles a year at its China plant.As Tesla expands abroad, CEO Elon Musk announced in November that Tesla was planning on opening its first European Gigafactory in Berlin, Germany, with production slated to begin in 2021.Copyright © 2019, ABC Audio. All rights reserved.

Biden preps for personal attacks from Trump ahead of Tuesday’s debate
Mississippi to decide fate of Jim Crow-era law designed to secure ‘white supremacy’
Woman charged with attempted murder for driving through crowd of competing protesters
Amid pandemic, confidence in CDC erodes with questions of political interference
Secretary of State Mike Pompeo to headline fundraiser for Christian charity in swing-state Florida
Only 10% of US adults may have COVID-19 antibodies: Study