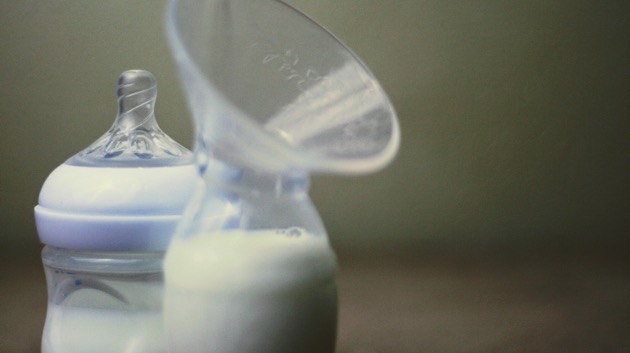 (NEW YORK) — Mom-shamers would have expectant mothers believe that if they don’t breastfeed, they’re somehow failing their child. But it’s simply not true.Actress, writer and comedian Amy Schumer is speaking out and giving a voice to what many new moms feel. In a recent interview on the podcast Informed Pregnancy, she said pumping breast milk “was bumming her out.””I was pumping because I wanted him to get the colostrum,” she said. “I had a lactation expert; he [her son, Gene.”We were giving him Similac and actually Serena Williams kind of yelled at me and was like, ‘there’s a lot of sugar in that’ and even though it was great and he was meeting his milestones on Similac we switched him to Holle [non-FDA approved European brand of formula] with less sugar,” she said.Gene did well on formula, she said.”I really encourage women — there’s so much pressure to breastfeed but really, it’s all in your head,” Schumer added. “Some people absolutely love it and I’m so happy for them but it was bumming me out. Once it occurred to me that I could stop, I was like, ‘I’m going stop."”She took away one pumping session per week to prepare her body and her son to switch to formula feeding full-time.”You matter,” she said of moms choosing to stop breastfeeding and pumping when it doesn’t work for them. “It’s going to better for your baby that you’re OK.” Copyright © 2019, ABC Audio. All rights reserved.