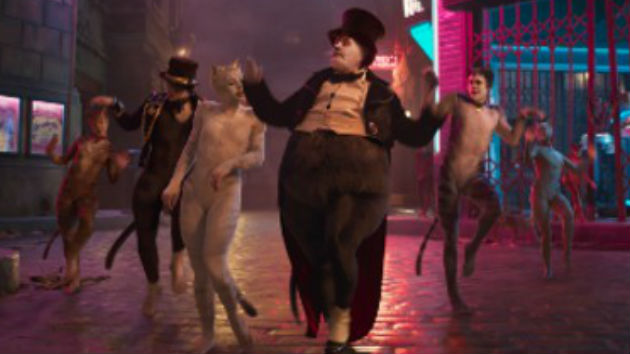 (LOS ANGELES) — Not all felines land on their feet — specifically the cats of CATS, which Variety reports will hit the books with a huge red splat: a $100 million loss.

The industry trade says the movie cost nearly $200 million to make and market, but earned just $38 million globally in its first two weeks in theaters.

Directed by Oscar-winning The King’s Speech filmmaker Tom Hooper, who also directed the hit 2012 film adaptation of the Broadway smash musical Les Miserablés, the adaptation of Andrew Lloyd Webber’s equally beloved musical limped out of the gate on December 20 with a $6.5 million debut weekend in the U.S.

The claws were already out for the movie, which features stars like Oscar winners Helen Mirren and Jennifer Hudson, as well as Idris Elba and Taylor Swift, following the release of its first teaser-trailer, which introduced potential audiences to the movie’s human-cat hybrid computer effects, which took a drubbing that not even a post-release upgrade could erase.