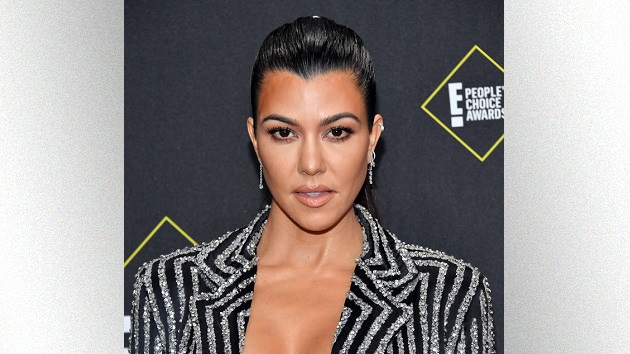 (LOS ANGELES) — It seems the internet is pretty divided over Kourtney Kardashian’s adorable new golden retriever puppy.  While some are head over heels in love with the bouncing ball of fluff, others are pretty outraged.

Backing up, the reality TV star introduced fans to her new four-legged family member on Wednesday by showering them with a series of sweet Christmas morning photos along with the caption “But what should we name her?”

While fans helpfully left some suggestions in the comments section, others griped about the well being of Kourtney’s other dog — Honey the Pomeranian.  Mostly, they began accusing the socialite of discarding her dogs once they wear out their welcome.

Obviously, those allegations struck a nerve, especially when one user commented, “Temporary since you never keep you dogs.”  Kourtney fired back, “Wow so much negativity we still have Honey, but thanks for your assumptions.  I’ll assume Santa wasn’t good to you, hence your vibes.”

She also assured several concerned critics that Honey, “our baby Pom Pom,” is still enjoying her cushy Kardashian lifestyle.  When a separate Instagram critic demanded to know Honey’s whereabouts, the socialite quipped, “She’s right next to me.”

Honey last appeared on Kourtney’s Instagram on October 16, where daughter Penelope is giving the Pomeranian an adorable bear hug.

As for the new puppy?  The Poosh creator uploaded an adorable photo on her Instagram stories of the exhausted little golden retriever taking a snooze on the couch along with the succinct caption “moood.”