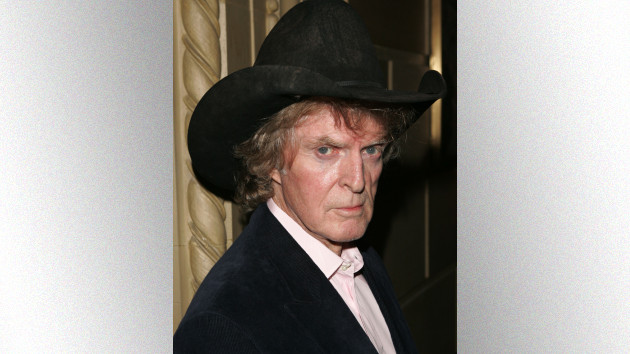 Radio personality Don Imus has died, ABC News has confirmed. He was 79.

According to a statement from the Imus family, the former “shock jock” host of Imus in the Morning passed away on Friday morning at Baylor Scott and White Medical Center in College Station, Texas, after being hospitalized on Christmas Eve. A cause of death was not given.

His wife of 25 years, Deidre, and his 21-year-old son Wyatt were by his side when he passed. His other son, Lt Zachary Don Cates, is returning from military service overseas.

“Don loved and adored Deirdre, who unconditionally loved him back, loved spending his time watching Wyatt become a highly skilled, champion rodeo rider and calf roper, and loved and supported Zachary, who first met the Imus family at age 10 when he participated in the Imus Ranch program for kids with cancer, having battled and overcome leukemia, eventually becoming a member of the Imus family and Don and Deirdre’s second son,” his family said in a statement to ABC News. “Don is also survived by his four daughters Nadine, Ashley, Elizabeth, and Toni.”

Imus hosted his radio show for 50 years before it ended its run in 2018. He was a controversial figure throughout his career. In 2007, he was fired by CBS for referring to the Rutgers University women’s basketball team by a racist slur.