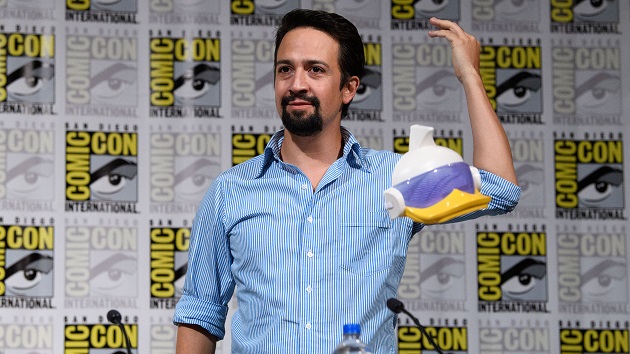 (NEW YORK) — With the ability to see what’s going on in the world around you at any moment, it’s no wonder why some people find Twitter absolutely addicting.  One celebrity, however, says he’s putting the brakes on the app.

Lin-Manuel Miranda wants to accomplish something very specific in 2020 and, in order to do that, he has to give something up.  His Twitter account.

The Hamilton creator announced on Monday, “My New Years’ resolution for 2020 is Tweet Less, Create More.”  He did clarify, “Not quitting the app. Just taking several steps back.”

Miranda also understands that weaning himself off his Twitter routine might not be the easiest thing in the world, so he has a fool proof solution.  As he doubles down on his work, he will be “Handing the password to the missus.”

But, before he hands over his password at the stroke of midnight on New Years, he shared some additional thoughts.  “Grateful for the MANY MANY for-real friends I have made on here,” he sentimentally wished to his three million followers. “Grateful for the distractions and the q&a’s and the gifs but mostly you, mostly grateful for you.”

So, what brought on the Marry Poppins Returns star’s Twitter hiatus?  He let fans in on an experiment he kicked off at the start of the month that inspired his complete social media break.

“At the top of December I stopped doing the gmorning/gnights. Just…to see what would happen,” he starts before writing the benefits that came shortly after, “I breathed easier. I got a big chunk of time back in my mornings. And giving it up was good prep for what’s next.”

As to what Miranda has cooking up in 2020?  We’ll find out when he makes his full return to the Twitterverse.

Trump, Biden compete for battleground Ohio ahead of first debate
Tennessee Titans players, personnel test positive for COVID-19
Presidential debate: Trump, Biden face off for first time ahead of November’s election
Windy, dry and hot weather will continue for parts of California
Man plummets to his death after falling from branch on cliff while posing for picture
‘Dancing with the Stars’ season 29 recap: Carole Baskin lets out her last roar on the dance floor