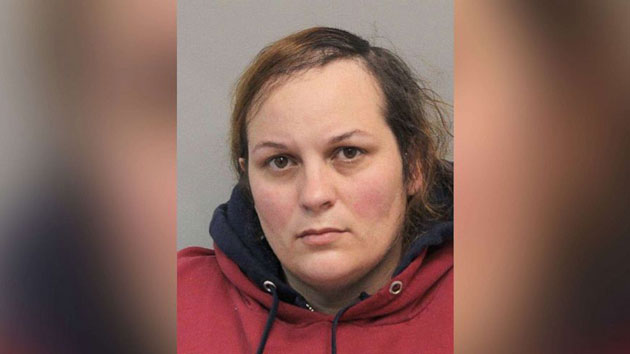 (AUSTIN, Texas) — As funeral arrangements were announced on Thursday for Heidi Broussard, the Texas mother discovered strangled in a house near Houston where her baby was found alive, attorneys for a woman implicated in the bizarre kidnapping plot spoke out for the first time.A wake for Broussard is scheduled to be held from 5 p.m. to 8 p.m. on Friday at the Johnson Funeral Home in her hometown of Lake Charles, Louisiana, her mother, Tammy Broussard, told ABC News. Her funeral will be held at the same venue at noon on Saturday, followed by burial at Highland Memory Gardens cemetery in Lake Charles.Broussard, 33, of Austin, and her infant daughter, Margot Carey, had been missing since Dec. 12 when Broussard’s body was discovered strangled in a home near Houston on Dec. 19, according to officials. Her baby was found alive in the same house and was reunited with her father, Shane Carey, on Christmas Eve.The grisly discovery led to the arrest of Broussard’s friend Magen Fieramusca, 33, who has been charged with kidnapping.Investigators are attempting to determine if Fieramusca kidnapped Broussard and her daughter in a plot to keep the baby as her own, an official briefed on the probe told ABC News.Murder charges are pending the outcome of the investigation, officials said.Fieramusca, who is being held at the Travis County Jail on $600,000 bond, is scheduled to appear in Travis County Criminal District Court on Jan. 2.In their first comments on the case, Fieramusco’s attorneys Jackie Wood and Brian Erskine said on Thursday that they are “anxious to review the evidence collected thus far.””We are in the beginning stages of a very long process, but there are many questions that need to be answered,” Wood and Erskine said in a joint statement to ABC News. “At this time, we have no information from the Travis County District Attorney’s Office regarding additional charges and do not know when Ms. Fieramusco will appear in court.”As with every American accused of a crime, unless the State can prove these allegations beyond reasonable doubt, Ms. Fieramusca is innocent,” the lawyers said.Katrina Collicott, a friend of the victim, told ABC News that Broussard, who is also survived by a 6-year-old son, and Fieramusca met at a church camp years ago and “had been friends since they were young.””You call someone a friend for so long, then this happens … it’s disgusting,” Callicott said during a vigil for Broussard on Monday at a park in Austin.Fieramusca had allegedly been acting like she was pregnant and telling people that she was expecting a child, an official briefed on the probe told ABC News. Authorities are now trying to determine whether she was, in fact, pregnant, the official said.Baby registries allegedly connected to the Fieramusca were found online indicating her due date was Dec. 1, the official said.Eric Delvin, an attorney who defended Fieramusca in a 2018 theft case, told ABC station KTRK-TV in Houston that she appeared to be pregnant early last month.”The last setting, which was at the beginning of November, she appeared to be very pregnant. I know that’s a weird thing to say. You either are pregnant or you’re not. She appeared to be very far along,” Delvin said.Broussard and her baby disappeared after they were seen dropping off Broussard’s son at an Austin school on the morning of Dec. 12, according to police.Investigators believe Broussard and Margot returned home to their apartment complex after they left the school.Fieramusca was booked at the Travis County Jail Friday on two charges of kidnapping and one charge of tampering with evidence with intent to impair a human corpse.Additional charges are possible, police said. Copyright © 2019, ABC Radio. All rights reserved.

Here for the right reasons: ABC to co-host ‘The Bachelorette’ drive-in premiere
California passes landmark law to study proposals for reparations
Google pledges $1 billion over 3 years to pay news publishers for content
Health officials urge Americans to get flu vaccine as concerns mount over possible ‘twindemic’
Jay Ellis says he was “shocked as everyone else” with the season four finale of ‘Insecure’
Sacha Baron Cohen tackles COVID-19, American politics in trailer for ‘Borat’ sequel