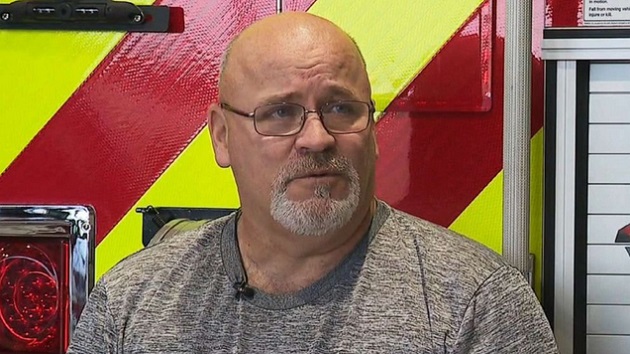 (LITTLE ROCK, Arkansas) — A man from Arkansas celebrated his birthday with a gift not for himself, but a stranger.Gerald Ezell donated a kidney to 18-year-old Sidney Burnett, who is from Missouri, after seeing a Facebook post that said she was in need and he turned out to be a match.”I just felt like God was saying, ‘Hey, this is you. Step across that line,"” Ezell told ABC Little Rock affiliate KATV.Ezell, who serves as the Maumelle Fire Department chief in Arkansas, had the surgery four days before his birthday, according to a Facebook post from the fire department.Burnett told KATV that she was blown away by Ezell’s generosity.”For so long, I couldn’t understand why he would do that. I was just so shocked that my donor was someone that had never even met me, but I’m so grateful for him,” she said. “He literally gave me my life back.”Both he and Burnett are on the mend, with her kidney function going from less than 3% to more than 80%, the fire department said. Ezell hopes his story will encourage others to consider donating a kidney if they’re a match.”It’s a little bit of pain for the person that’s donating, but man, the smile on Sidney’s face made it more than worth it to me,” he said.