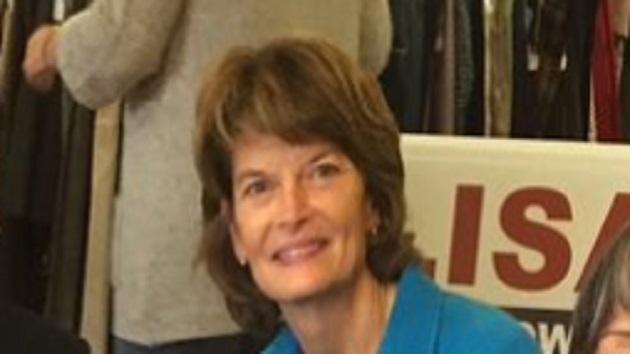 (ANCHORAGE, Alaska) — Republican Sen. Lisa Murkowski of Alaska said she was “disturbed” by possible coordination between Senate Majority Leader Mitch McConnell and the White House when the expected impeachment trial moves to the Senate next month.Two weeks ago, McConnell told Fox News that he would work in “total coordination” with the White House during the trial.”Everything I do during this, I’m coordinating with White House counsel,” McConnell said in an interview with Fox News’ Sean Hannity. “There’ll be no difference between the president’s position and our position as to how to handle this.”Murkowski made her comments in an interview with KTUU, an NBC affiliate in Anchorage, Alaska, which aired Tuesday night.”And in fairness, when I heard that I was disturbed,” she said. “To me it means that we have to take that step back from being hand in glove with the defense, and so when I heard what Leader McConnell has said, I happened to think that further confused the process.”Last week, President Donald Trump became only the third president in U.S. history to be impeached, when the House passed two articles of impeachment charging him with abuse of power and obstruction of Congress. House Speaker Nancy Pelosi has yet to deliver the articles to the Senate, saying she will not do so until she sees “the process that is set forth in the Senate,” or how a trial would be structured.McConnell cited the House Democrats’ ‘weak’ case for impeachment, saying he hoped that no Republicans would vote for either article.”Exactly how we go forward, I’m going to coordinate with the president’s lawyers,” McConnell said to Hannity. “The case is so darn weak coming over from the House. We all know how it’s going to end. There is no chance the president is going to be removed from office.”McConnell has also resisted a demand from Minority Leader Chuck Schumer and other Democrats that a Senate trial must include live witnesses or wouldn’t be “fair” or “real.”McConnell and Schumer have sparred over the matter, ever after a “cordial” meeting between the two on Thursday. In the end, McConnell said they “remain at an impasse.”Schumer released a statement Friday on the heels of McConnell’s comments, reminding his colleagues about the oath they must take before the trial to “render impartial justice.””If articles of impeachment are sent to the Senate, every single senator will take an oath to render ‘impartial justice,"” Schumer said, while citing the Senate rules for impeachment trials. “Making sure the Senate conducts a fair and honest trial that allows all the facts to come out is paramount.Murkowski was also critical of the House impeachment inquiry, calling the process rushed and saying it was clear Speaker of the House Nancy Pelosi wanted it to be over quickly.Murkowski, a moderate Republican in the Senate, did not say how she will vote in the upcoming trial.McConnell told senators to expect to be back for votes in Jan. 6. Copyright © 2019, ABC Radio. All rights reserved.