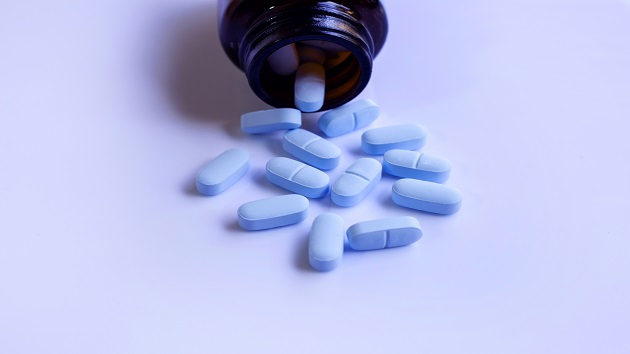 (WASHINGTON) — The Food and Drug Administration declined the approval of Cabenuva, the first long-acting HIV drug on Saturday.”Clearly this is disappointing and not the news we hoped for,” said a spokesperson from ViiV Healthcare, manufacturers of the drug, in an email to ABC News.The FDA’s decision to decline approval was related to concerns about the manufacturing and control process, not the safety or efficacy of the drug.ViiV Healthcare hoped that Cabenuva would provide a life-changing solution by doing away with the burdens of taking pills daily. Cabenuva would require only monthly injections, which can be delivered in a doctor’s office or clinic. Each month, patients would receive two injections of two common HIV drugs: Cabotegravir which stops the HIV virus from infecting human cells and Rilpivirine which blocks the virus from making copies of itself.Doctors who treat HIV patients saw this new drug as a major advancement in HIV treatment.”We really did make a leap; what you are seeing for the first time is a completely pill-free treatment for HIV,” said Dr. David Wohl, professor of medicine at the University of North Carolina Institute of Global Health and Infectious Diseases in Chapel Hill who was involved in the clinical trials for the drug.”There is a group of people for who this can make a tremendous difference.”For those living with HIV, the switch from a pill to an injection could mean both an improvement in their quality of life and diminished fears of HIV-related discrimination. More than 1.1 million people in the United States are living with HIV and for many, discrimination and even fear for their safety remains a daily reality.”In my last job I was traveling a lot sometimes in places where it’s not OK to be gay. I had a fear about being stopped at customs and asked about my pills,” said Steven Harris, one of the 308 HIV patients who participated in the clinical trials for Cabenuva.The drug was tested in multiple clinical trials with the majority of patients reaching undetectable viral loads in their blood — meaning there was a low likelihood of them transmitting HIV to their sexual partners. Researchers do note that the majority of those who participated in the trial had fewer AIDS-related complications and were consistently receiving their injections. Doctors caution that those who miss doses may risk having the virus grow stronger in their bodies.”We don’t know what happens as the drug levels drop. Are you cultivating resistance? This isn’t a great option for the person who doesn’t come to [the] clinic,” said Wohl.Adherence to a monthly injection regimen raises important questions about the drug’s ability to reach those who remain untreated as well as how overall effective the drug will be in stopping the spread AIDS.”That’s the 10 million-dollar question for people like me who practice in the Southeast where HIV is an ongoing epidemic,” said Dr. Wendy Armstrong, an infectious disease doctor and professor of medicine at Emory University.Since the FDA has not questioned the safety of the drug no additional clinical trials will be necessary. According to the ViiV Healthcare spokesperson, the company plans to “work closely and with urgency with the FDA to determine the appropriate next steps for this new drug application.” Copyright © 2019, ABC Radio. All rights reserved.