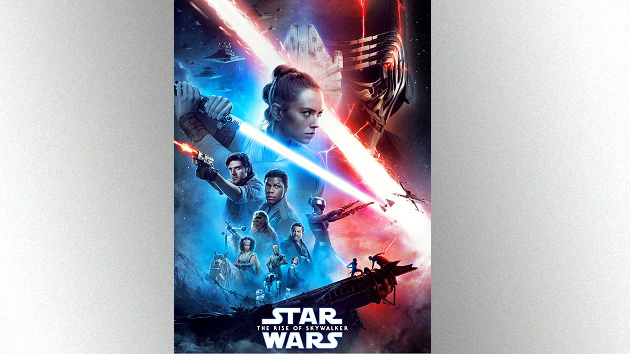 (SINGAPORE) — Star Wars: The Rise of Skywalker contains the franchise’s first-ever same-sex kiss, but audiences in Singapore won’t get to see it.The BBC reports the scene — a brief shot of two women kissing in a celebratory crowd of people — has been cut from the Singaporean version of the film. Gay sex is illegal in the country and the government doesn’t recognize same-sex marriage.Singapore’s media regulatory body told the BBC that Disney omitted the scene so the film wouldn’t get a stricter rating in Singapore; without the scene, the film is rated PG13 there. It’s not clear what rating the film would have received if the scene was kept in, but a previous film with same-sex themes, Love Simon, was rated R21 — restricted to those above age 21 — in the country.It’s also not known if Star Wars: The Rise of Skywalker has been similarly edited in other countries, but Deadline sources say it wasn’t edited in China.Disney, parent company of ABC News, hasn’t yet commented on the report.

After CDC whiplash, here’s what science says about airborne transmission of the coronavirus
Estee Lauder to pay NASA $17,500 an hour for pictures of its new night serum onboard International Space Station
State Dept. protocol office under scrutiny for alleged role in Pompeo’s use of resources
Coronavirus live updates: Cases on the rise in 3 states
Gabrielle Union to host an all-Black cast reading of ‘Friends’ starring Sterling K. Brown, Uzo Aduba and more
Zach Braff says Emmys “passed” on including Nick Cordero in In Memoriam tribute