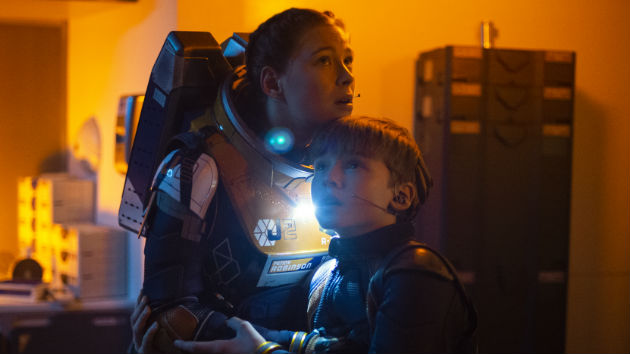 The new season takes place seven months after the season one, with the Robinson family navigating life on a new planet. Mina Sundwall, who plays sarcastic middle child Penny, says she’ll be binging the episodes right along with the rest of us this holiday. Her character will be dealing with some good old fashioned “teenage angst” when the season starts.

“A major point of her growth this season has to do with figuring out her place in the family and what she can contribute,” Sundwall tells ABC Audio.

But Penny’s ability to take charge and save the day, in spite of her insecurities, is what ultimately connects with young fans.

“It feels really good to know that especially younger children, when they watch it, they can feel something and they can learn something and go do something about it for themselves,” Sundwall says.

Fans also connected with The Robot, a key character on both the original 1960s series and the Netflix reboot.

“The Internet really went wild with that one,” she laughs. “#Robutt was on my Twitter for about two weeks.”