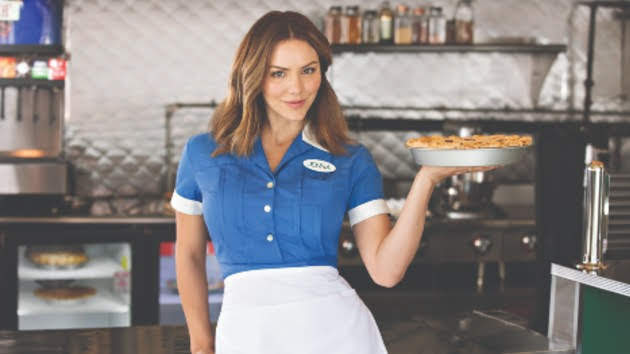 (LOS ANGELES) — And that’s how Katharine McPhee became… The Nanny?

According to Us Weekly, the singer and actress is in talks to star in a comedy series for Netflix inspired by the ‘90s Fran Drescher series, The Nanny.An insider reveals McPhee is working on “a sitcom-type series similar to The Nanny, but she will be playing a Southern woman.” In the original series, which aired on CBS from 1993 to 1999, Drescher played Fran Fine, a Jewish woman from Queens who takes a job as a live-in nanny for a rich NYC family.Us Weekly’s source adds that McPhee’s version will include singing. McPhee, of course, got her start on season five of American Idol, but she’s since starred on TV shows including NBC’s Smash and CBS’ Scorpion.Currently, McPhee is starring in Broadway’s Waitress as Jenna, until the show closes on January 5.

“TV might be my next thing that I go and do for a little bit,” McPhee told ABC Audio last month when asked what’s next after she wraps Waitress. “I have something in the works but we’ll see if that ends up coming to fruition.”