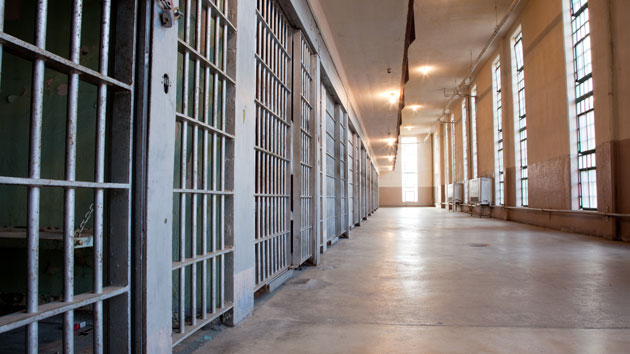 (NEW YORK) — Former New York Gov. Mike Bloomberg’s campaign contracted with a call center that employs prison inmates to make calls for his 2020 presidential campaign, ABC News confirmed on Tuesday.The third-party vendor, ProCom — a communications company — operates call centers in New Jersey and Oklahoma. At least two of the call centers in Oklahoma are operated out of state prisons — the inmates from one of the prisons were making calls on behalf of Bloomberg.The Bloomberg campaign said that they had no idea this arrangement was going on with their subcontractors — nor do they condone it — and said they have immediately cut ties with ProCom.”We didn’t know about this and we never would have allowed it if we had,” Julie Wood, a spokesperson for the campaign, told ABC News. “We don’t believe in this practice and we’ve now ended our relationship with the subcontractor in question.”The subcontracting dynamic was first reported by the Intercept. The campaign told ABC News that thanks to their inquiry, they were made aware — and that in the future, they will be asking their vendors to more properly vet their subcontractors.The Oklahoma Department of Corrections said inmates often made such calls for political surveys and campaigns. Public Information Officer Matthew Elliot confirmed that they contract with ProCom to operate call centers inside their facilities. Skip Taylor, a ProCom liaison, also confirmed the existence of such a program.Representatives of the Department of Corrections said this is work duty that is difficult to get, as inmates must be on one of the higher levels of good behavior in their system.They can receive $1.45 an hour for working in call centers, working eight hours a day, five days a week, Officer Elliot told ABC News.Inmates read from a script for such campaign calls, overseen by staff; but whether they identify themselves as inmates is up to each vendor — as is any disclaimer that the inmates must be required to provide, such as declaring that the that the calls were paid for by the Bloomberg campaign.Bloomberg sent a statement in response, underscoring that his campaign was taking the news seriously.”Earlier today, a news outlet reported that prison workers were being used by a subcontractor to make telephone calls on behalf of my campaign,” he said. “I’m not attacking the news: the story was fundamentally accurate.”Bloomberg confirmed that his campaign has ended its relationship with the subcontractor, and the company that hired them. Copyright © 2019, ABC Radio. All rights reserved.