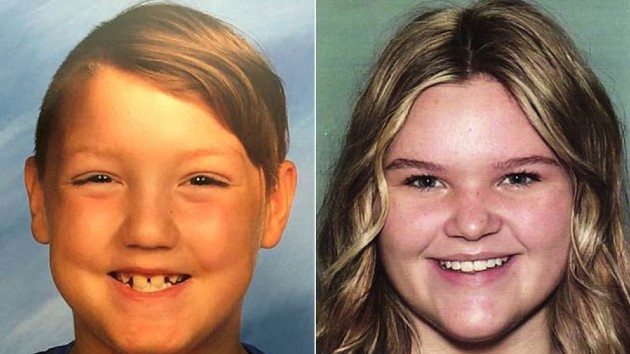 The National Center for Missing and Exploited Children
Posted on December 23, 2019 by ABC News

(SUGAR CITY, Idaho) — Police are searching for two missing children who may be “endangered” after their disappearance was linked to the death of a 49-year-old school librarian. Tamara “Tammy” Douglas Daybell, who worked at the Central Elementary School in Sugar City, Idaho, was initially thought to have died peacefully in her sleep on Oct. 19, according to her obituary. Family members had found her dead in her home, and her death was believed to be natural, according to a news release by the Rexburg Police Department.A subsequent investigation determined that her death may be suspicious, and her remains were exhumed on Dec. 11, police said. The results of the autopsy have not been released. During the course of the investigation, police determined that within a couple weeks of her death, her widower, Chad Daybell, had married Rexburg resident Lori Vallow, who is the mother of the missing children: Joshua Vallow, 7, and Tylee Ryan, 17.Both Joshua and Tylee were last seen on Sept. 23 in Rexburg, according to the National Center of Missing and Exploited Children. On Nov. 26, police attempted to conduct a welfare check on Joshua, who was adopted by Vallow and has special needs, after extended family reported that they were concerned because they hadn’t been able to speak with him since September.When investigators spoke with Vallow and Chad Daybell, they indicated Joshua was staying with a family friend in Arizona, but authorities later learned that Joshua was not staying with that friend, police said. The next day, police executed search warrants associated with Vallow in an attempt to locate Joshua and found that Vallow and Chad Daybell had “abruptly vacated their residence and left Rexburg,” according to the release. Police then requested assistance from the FBI to find Joshua.A further investigation determined that the couple did not have Joshua with them when they left town, police said.Authorities have contacted several members of the children’s extended family, but no one has been in contact with them since September, police said. In addition, they have not been reported missing to any law enforcement agency, and “attempts to obtain the cooperation of Lori Vallow and Chad Daybell in locating the children have been unsuccessful.”Copyright © 2019, ABC Audio. All rights reserved.