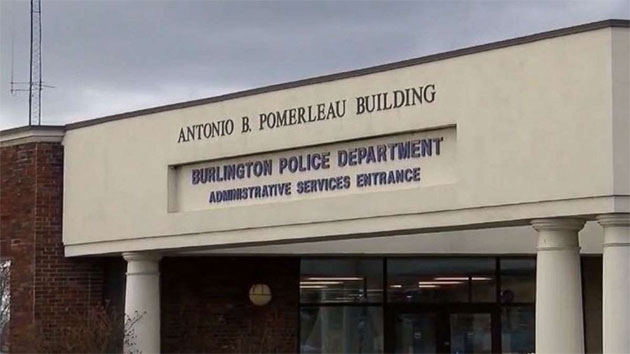 (BURLINGTON, Vt.) — If at first you don’t succeed, try, try, try again.A social media scandal that has enveloped the police department in Burlington, Vermont, the state’s largest city, has resulted in the naming of its third new police chief — in one week.The chain reaction started with Burlington Police Chief Brandon del Pozo’s resignation after four years as head of the department on Dec. 16. Three days earlier, the mayor of Burlington, Miro Weinberger, confirmed that del Pozo had admitted to him earlier this year that he had heckled a city activist and frequent critic of the police department from an anonymous Twitter account. He also admitted to denying the account belonged to him when asked by a reporter.”I was very troubled by both the tweets and his response to a member of the media, and as a result I took a number of immediate steps upon arriving at work the next morning,” Weinberger said in a statement on Dec. 13. “I immediately placed the Chief on administrative leave, directed him to turn in his badge, gun, and city phone, and instructed him to cease using social media.”While del Pozo received mental health counseling for the issue, he chose to resign the Monday after Weinberger’s letter.Del Pozo said he plans to publish a book on policing and, as he is about to receive his doctorate, start a research center on policing and public health, according to his resignation letter submitted to the mayor.Del Pozo’s resignation was just the first domino, though.Deputy Chief Jan Wright stepped in to replace del Pozo — only to admit the same day she also had an anonymous Twitter account.”While Deputy Chief Wright’s situation may be very different than Chief del Pozo’s, given the circumstances the department is facing, I found the failure to raise this issue with me in the lead-up to today to constitute a lapse in judgement,” the mayor said in a statement. She did not apparently use the account to criticize members of the public, and Weinberger said an investigation will continue while she is on administrative leave.”I do think it is important to follow the typical practice and complete that now,” Weinberger said Friday. “I’ll have more to say about this as soon as possible, but that’s about all I can say at this point.”After literally hours as police chief, the city decided not to retain her in that position.By Friday, Weinberger had named a new interim police chief. Jennifer Morrison, who had previously worked for the department and then as police chief in a neighboring city, returned from retirement as interim leader of Burlington’s scandal-plagued department. “It is an honor and a privilege to rejoin the organization that taught me so much, and shaped me as a law enforcement leader,” Morrison said at a press conference Friday. “There is definitely some work to be done.”Morrison called it a “world-class police agency” and asked outsiders “not to lose sight of that.”She won’t actually take over as police chief until January, when approved by the city council. She also won’t apply for the full-time position.Deputy Chief Jon Murad is currently leading the department in an acting role until Morrison is confirmed.The city is expected to bring in an independent consultant to address the police department’s social media policy.”The policy that has been worked on throughout this time, and was nearing approval, did not speak to the issue of pseudonym accounts,” Weinberger said Friday. “And that is obviously something now I see policy going forward will need to address.” Copyright © 2019, ABC Radio. All rights reserved.