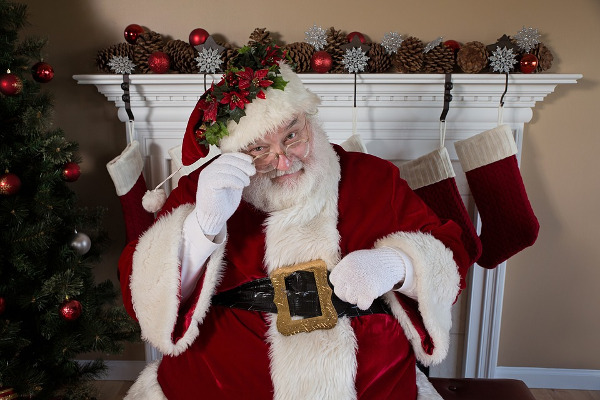 Hershey, PA – “Thanks to (Pennsylvania State Veterinarian) Dr. Brightbill, his counterpart in the North Pole, and Santa’s due diligence, we can expect gifts under the tree Christmas morning.”

That is according to Pennsylvania Secretary of Agriculture Russell Redding on Thursday at Hersheypark Christmas Candylane as he was joined by Santa Claus and his nine magical reindeer.

All of the reindeer received clearance to fly to Pennsylvania from Dr. Robert F. Gerlach, Alaska’s state veterinarian, and to fly from rooftop to rooftop throughout the state for the purpose of toy delivery.

“I’m grateful to Dr. Gerlach for his inspection of these reindeer,” said Dr. Brightbill. He also added, “According to their certificates, despite one’s glaringly red nose and their magical ability to fly, word is that they’re in extraordinary health!”

This certificate was provided to Santa and his reindeer as an assurance that contagious diseases were not carried across state lines and are supplied by the PA Department of Agriculture veterinarians. Usually, they’re meant for animals residing in Pennsylvania before they’re transported across state lines but an exception was made for this extraordinary circumstance.

It’s safe to say that Dasher, Dancer, Prancer, Vixen, Comet, Cupid, Donder, Blitzen and Rudolph will do a proper job of guiding Santa’s sleigh on the night of Christmas Eve.

To learn more about the department’s efforts to protect animal health, visit agriculture.pa.gov.